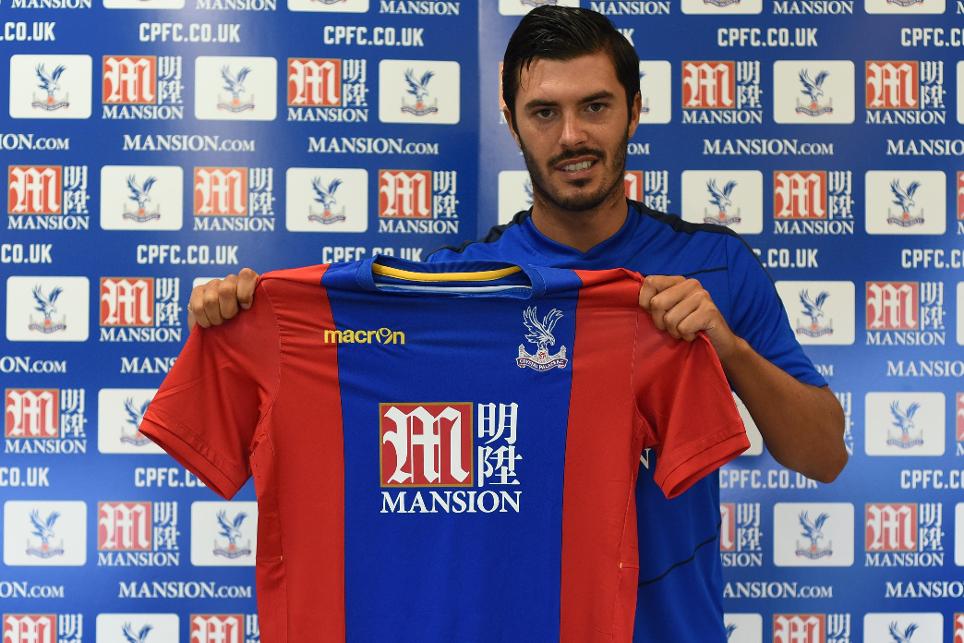 The 27-year-old has moved to Selhurst Park for a fee of £10million and becomes Alan Pardew's third summer signing following the arrivals of Andros Townsend and Steve Mandanda.

Tomkins, a product of West Ham's youth academy, made 163 Premier League appearances for the Hammers after debuting for the club in March 2008.

He will link up with his new team-mates ahead of the club's tour to the USA and Canada, due to get under way on Sunday.

"I am really excited to be joining Crystal Palace, a massive club and a manager in Alan Pardew that I know well and will always be thankful for how he helped me develop in my younger days at Upton Park," Tomkins told cpfc.co.uk.

Chairman Steve Parish added: "I'm really pleased James has agreed to join us, he's someone Alan has always wanted to sign from his own days at West Ham.

"I'm sure he is destined to become a huge part of our team as we look to build on the progress the club has made over the last six years.

"It's been a really positive transfer window so far, everyone has worked really hard to make these deals happen and I think we are much stronger because of them."

Palace's first Premier League match is a home match against West Bromwich Albion on 13 August, before a trip to Tottenham Hotspur on 20 August.