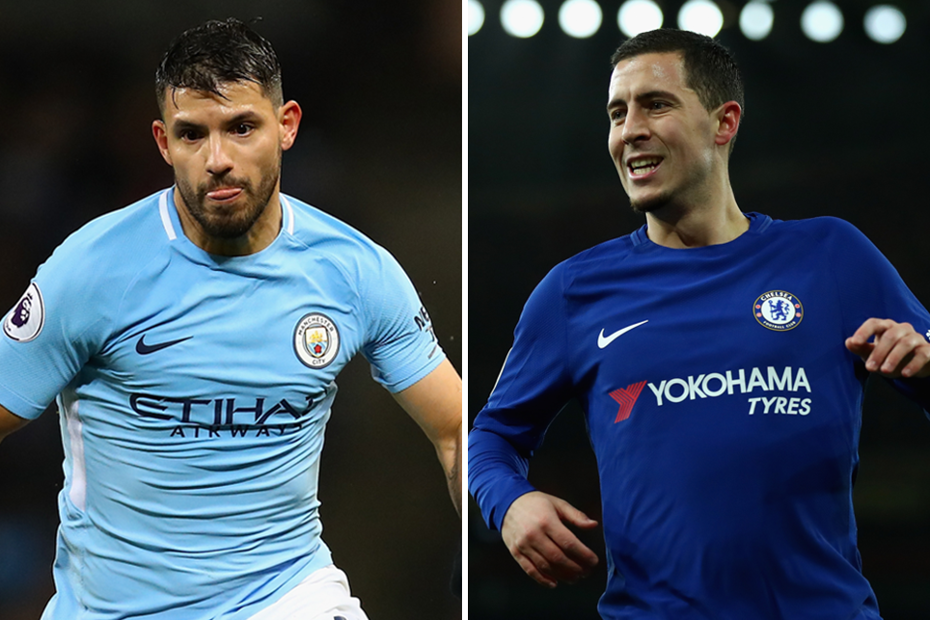 While Kane and Salah are favourites, the Man City and Chelsea stars offer compelling cases for armband too

While Harry Kane (£12.8m) and Mohamed Salah (£10.4m) are the favourites for the Gameweek 27 Fantasy Premier League captaincy, other candidates make compelling cases for managers looking to move away from the masses.

Sergio Aguero (£11.9m) should not be overlooked, even if he disappointed nearly 950,000 managers (16.6%) who handed the Manchester City striker the Gameweek 26 captaincy, only for him to score a mere two points at Burnley.

But the Argentinian has been far more prolific at home, scoring seven goals and 45 FPL points in his last four appearances at Etihad Stadium.

Against a Leicester City defence with only two away clean sheets, Kevin De Bruyne (£10.3m) and Raheem Sterling (£9.0m) will also be looking to add to their five double-digit hauls on home turf.

The Chelsea midfielder has four goals and 37 points from his last five Gameweeks.

The Belgian's FPL owners will hope for a repeat of his display in the reverse fixture.

Hazard scored 18 points at The Hawthorns in Gameweek 12, supplying two goals and an assist in a 4-0 win. It remains his biggest tally of the season.

He has two goals and an assist in his three appearances for Everton ahead of a visit from Crystal Palace.

Walcott's combination down the right with Seamus Coleman (£6.4m), who could be recalled having sat out Gameweek 26, will be a threat to Palace side who have conceded in each of their last four away trips.