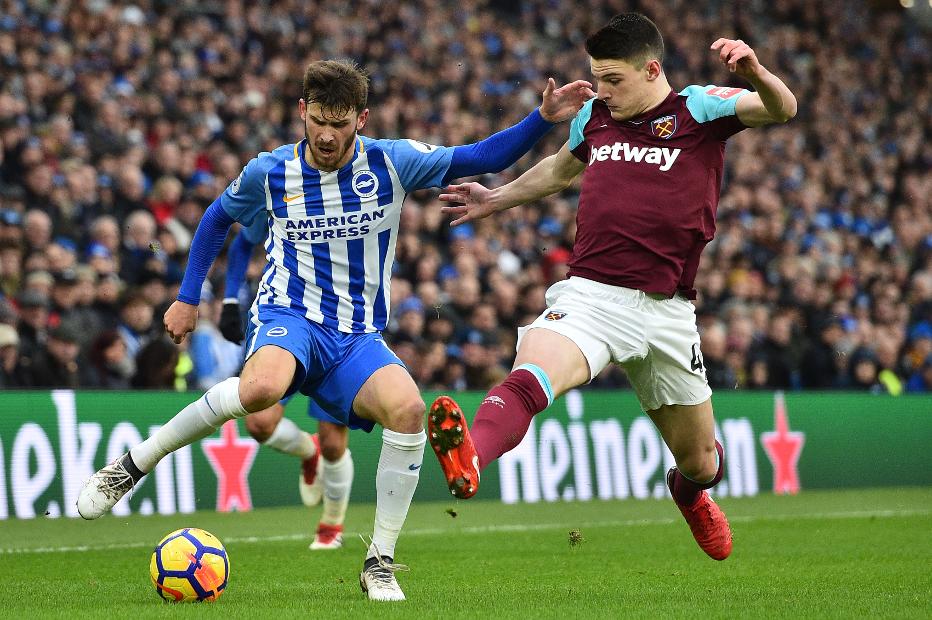 Pascal Gross (£5.8m) has played his way back into the plans of Fantasy Premier League managers.

But a goal and an assist in Brighton & Hove Albion's 3-1 win over West Ham United has turned heads.

The fourth-most bought player since Saturday's matches, Gross takes his place in a high-scoring midfield as the Gameweek 26 Dream Team lines up in a 4-5-1 formation.

The Dane became the first goalkeeper to save two penalties this season, having denied Alexis Sanchez's (£11.8m) spot-kick, only to concede the rebound. Lossl still came away Old Trafford with a save point and three bonus points to claim a first double-figure tally.

Another to reach double-digits for the first time, Danilo was recalled to the Manchester City line-up at Burnley and scored a second goal of the season. That earned him a Dream Team debut, but he is an uncertain starter for Gameweek 27, with Oleksandr Zinchenko (£5.0m) in line for a recall.

Part of only 156,000+ squads, the centre-back has been largely overlooked, with team-mate Phil Jones (£5.7m) the preferred FPL selection. But Smalling excelled against Huddersfield Town in Jones's absence, ranking top for both clearances, blocks and interceptions (CBI), with nine, and recoveries (12).

The Swansea City captain headed a first goal of the campaign at Leicester City, earning a second double-digit tally in three Gameweeks. Fernandez made 16 CBI at King Power Stadium, second only to the 19 of Dejan Lovren (£5.3m) in the Gameweek.

The Watford full-back struck a third goal of the season in only his 11th start in the 4-1 win over Chelsea. Janmaat's attacking prowess offers the prospect of more points across a run of three opponents totalling only seven in the Fixture Difficulty Rankings (FDR).

Topping the scoring charts for Gameweek 26, Ramsey produced his all-time best FPL tally in the 5-1 win over Everton. Ramsey has supplied a goal or an assist in seven of his last 10 Gameweek starts.

Ramsey's big score should not distract FPL managers from the Armenian's impressive full debut. Mkhitaryan laid on three assists against Everton to move to eight for the season from only 12 starts. Over 165,000 managers have made him the most-bought player ahead of Gameweek 27.

Gross supplied 5.5 points per match (ppm) over his opening 10 matches but faded to 3.4ppm from Gameweek 11. A goal and an assist against West Ham has reignited FPL interest, with Stoke City (A) and Swansea City (H) his next two opponents.

The Watford winger reintroduced himself to FPL managers with a 13-point return against Chelsea. This was only the third time in his 64 Premier League appearances that Deulofeu has produced a goal and an assist in a single match.

The Egyptian's incredible season continued with a brace and an 11th double-figure score against Tottenham Hotspur. Salah has produced a goal or an assist in 15 of his last 17 Gameweek starts and has claimed eight Dream Team call-ups, the most of any players.

The AFC Bournemouth striker was one of only two FPL forwards to earn bonus points along with a goal, ensuring him a Dream Team debut. Mousset came off the bench for the winner against Stoke City, having made just one start, in Gameweek 9, all season.