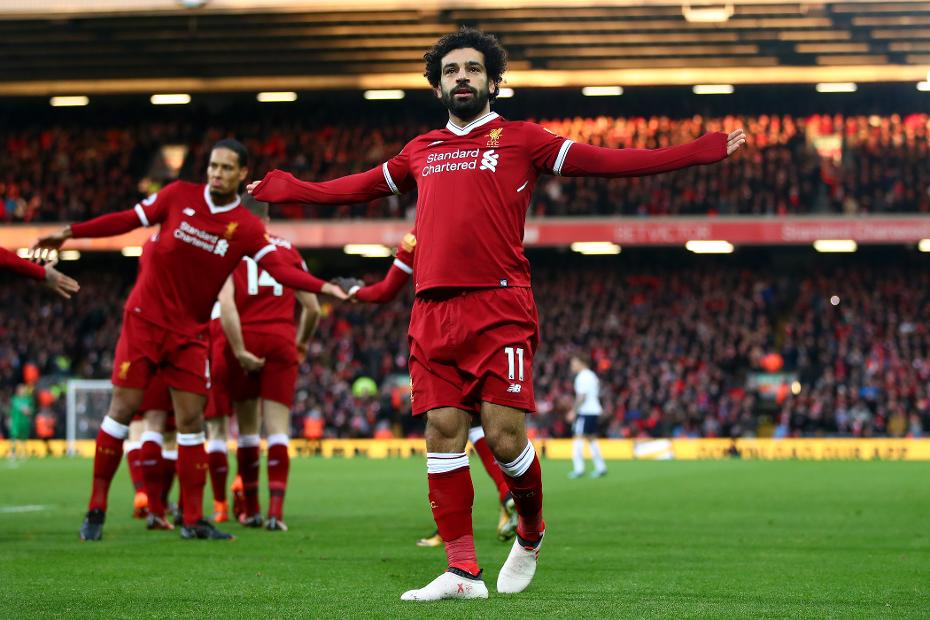 As well as setting a new club mark, Liverpool star equals Alan Shearer and Andrew Cole for another goal record

Inside Anfield: Behind the scenes of LFC 2-2 Spurs External Link

Mohamed Salah continued to set records for Liverpool and to match legends in the Premier League with his brace in the 2-2 draw with Tottenham Hotspur on Sunday.

The Egyptian’s double took him to 21 goals in 25 Premier League matches for Liverpool.

This is two matches quicker than both Fernando Torres and Daniel Sturridge needed to reach 20 goals in the Premier League for the Reds.

Next on the list for Liverpool are Robbie Fowler, who reached the mark on 37 PL matches, and Michael Owen (39).

Indeed, Salah is only the second Liverpool player after Torres to score 20 Premier League goals in his first season for the club.

Only two other Premier League players have scored more in their first 25 appearances for their club than Salah's 21.

Salah’s total has matched those of Les Ferdinand and Alan Shearer, both for Newcastle, in their first 25 PL matches in 1995/96 and 1996/97 respectively.

Most goals in first 25 PL appearances

But Salah is not just scoring, he is providing for others, too, creating six assists this season.

No player has been involved in as many as his 27 goals in their first 25 appearances for a club in the competition.

Salah's total matches the 27 goals scored or assisted by Cole and Shearer for Newcastle, and Dwight Yorke for Manchester United.

Watch all 21 of Salah's @premierleague goals so far 😍