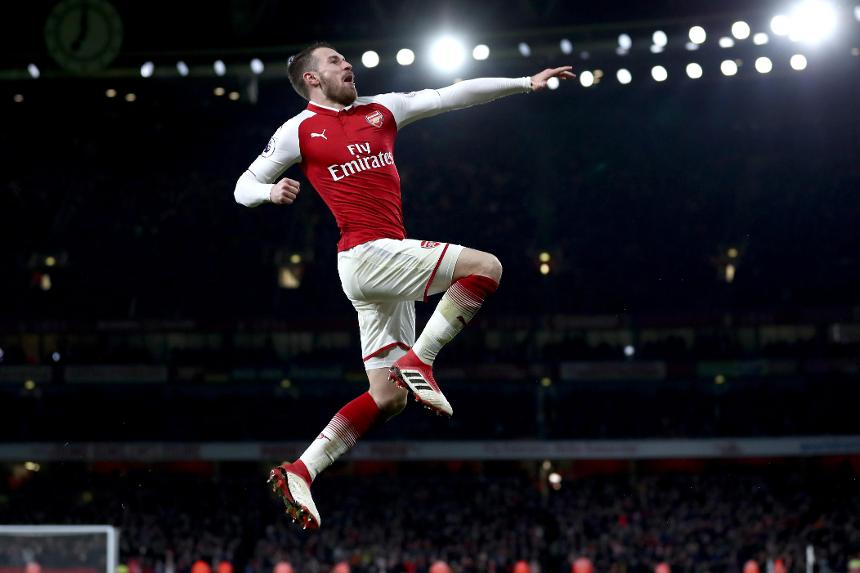 Midfielder can eclipse new team-mates Aubameyang and Mkhitaryan in Fantasy, says The Scout

'It's one of those moments to remember' External Link

Wenger - What excited me about Aubameyang External Link

Bellerin - We knew Ozil was going to stay External Link

Fantasy Premier League managers are piling in to sign Henrikh Mkhitaryan (£7.8m) and Pierre-Emerick Aubameyang (£10.5m), but should another Arsenal star be the top target.

Aaron Ramsey (£6.9m) showed on Saturday that he can outperform new signings Mkhitaryan and Aubamayang.

The Welshman's 20-point haul in the 5-1 win over Everton was his biggest score over his nine seasons for the Gunners.

That overshadowed the Mkhitaryan's 13 points and the six of Aubameyang, on their first Arsenal starts.

However, that pair are proving more popular in the FPL market as the two most-signed players ahead of Gameweek 27.

There is every indication that Ramsey can become the go-to Gunners option.

He has produced 104 points from 18 appearances, 16 of which have been starts.

It means he averages 5.8 points per match (ppm), which ranks top among Arsenal players with more than one start and fourth overall among FPL midfielders.

Rolling back the years

Back then, he fired a shot every 35.3 minutes, while this season he has bettered that with an effort every 31.3 minutes.

The 27-year-old has also beaten that season's tally for shots inside the penalty area and big chances, defined as an opportunity that the receiving player is expected to score, despite making five fewer appearances.

That again hints that Ramsey is set for a landmark FPL season, which could put even the talents of Aubameyang and Mkhitaryan in the shade.