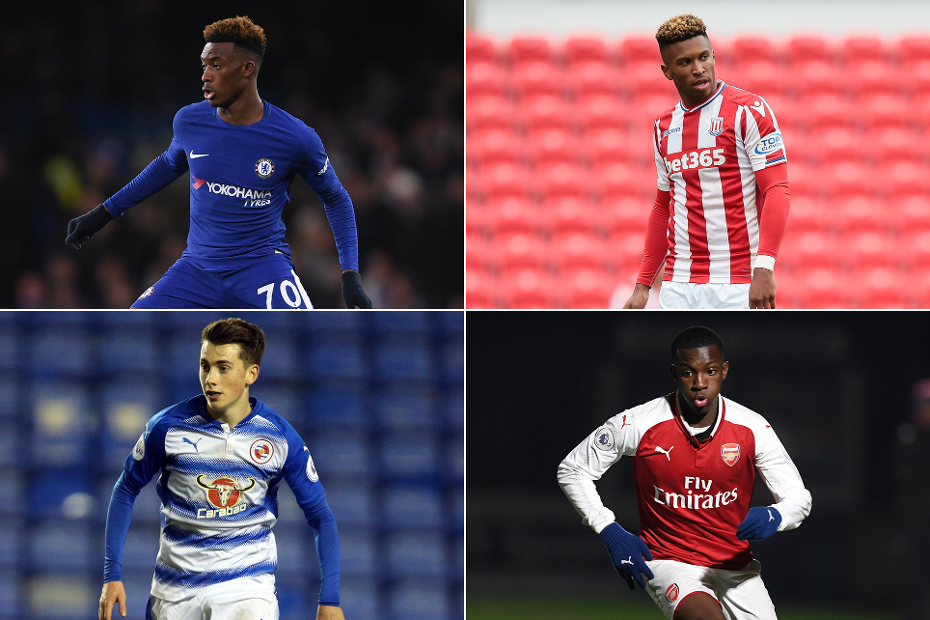 Four players have been shortlisted for the Premier League 2 Player of the Month award for January.

Tyrese Campbell (Stoke City), Ryan East (Reading), Callum Hudson-Odoi (Chelsea) and Eddie Nketiah (Arsenal) have been selected by the Premier League Football Development panel after PL2 club managers nominated the best individual performance from each of their opponents during the month.

The winner will be chosen by the same panel and will be announced on Friday, 16 February.

The 17-year-old forward scored a hat-trick in PL2 against Sunderland and went on to make his first-team debut, appearing in both the FA Cup and Premier League for Antonio Conte.

The 18-year-old forward had a prolific month, scoring four goals in his four appearances in PL2 and the PL Cup.

The 19-year-old midfielder impressed in his PL2 matches against Brighton & Hove Albion, Fulham and Wolverhampton Wanderers.

The 18-year-old striker got a runout for Arsene Wenger's senior side in the FA Cup, then struck two goals on his return to PL2 action, in a 4-0 victory over Manchester United.