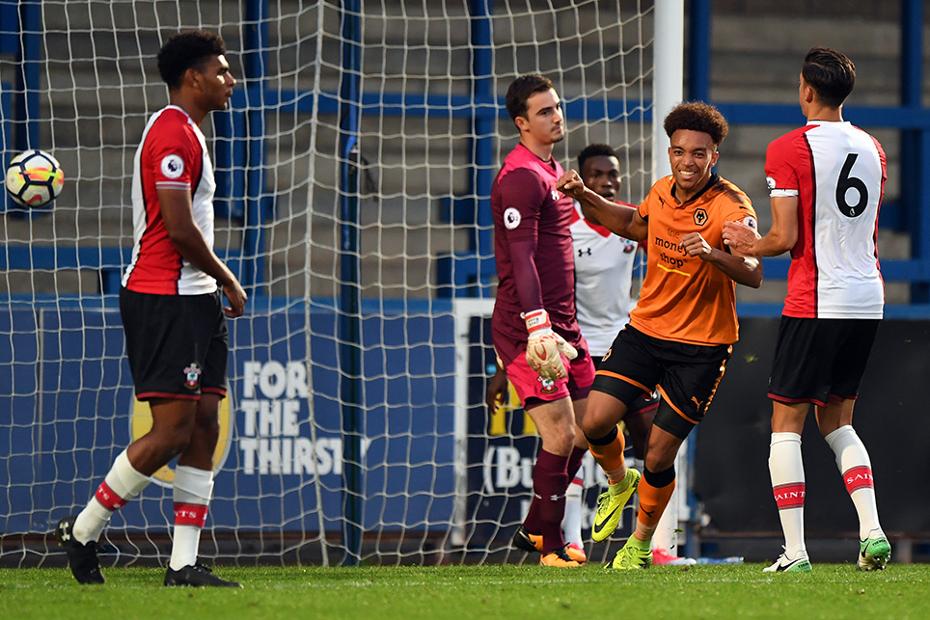 Donovan Wilson has won the Premier League 2 Player of the Month award for December.

The Wolverhampton Wanderers striker made one appearance in Premier League 2 during the month, and he made it count with a hat-trick in a 4-2 Division 2 victory at Southampton, the same team he scored his first senior goal against in a 2-0 Carabao Cup win earlier this season.

"I am really happy," Wilson said. "I've been nominated for it a couple of times, but this is the first time I have won it, so I am buzzing to get the award."

Wilson, who will move to @OfficialPVFC on loan until the end of the season after this afternoon's #PL2 fixture against @stokecity, is delighted to have won the @PLYouth player of the month award. #WolvesAcademy

The 20-year-old will be available for Friday's Division 2 match against Stoke City before joining League One side Port Vale on loan.

The striker also says he and his team-mates have been buoyed by the form of the senior team, who are 12 points clear at the top of the Championship as they aim for promotion to the Premier League.

"Definitely," Wilson said. "There’s a buzz about the place, they're doing really well at the top, flying, playing well. So everyone's buzzing and happy."

Wilson was picked by the Premier League Football Development Panel, who selected a three-man shortlist including Javairo Dilrosun and Marcus Tavernier after PL2 club managers nominated the best individual performance by each of their opponents during the month.