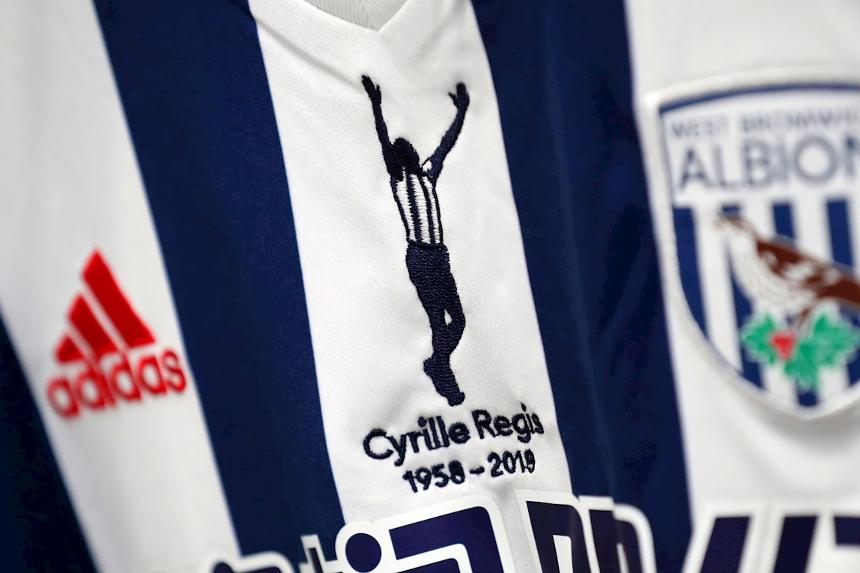 The jerseys will feature a motif of Regis celebrating one of his 112 goals for the Baggies.

These unique shirts will be one of the key features on an occasion which marks Albion’s first home fixture since the 59-year-old’s passing nearly three weeks ago.

In the wake of Regis’s funeral and memorial service on Tuesday, West Brom are planning to spend the hour before kick-off celebrating the life of one of the club's all-time greats.

This will culminate in a minute’s applause just before kick-off and feature special video and music content as well as a star-studded parade of players who will be on hand to pay their respects to a wonderful footballer and a universally admired human being.