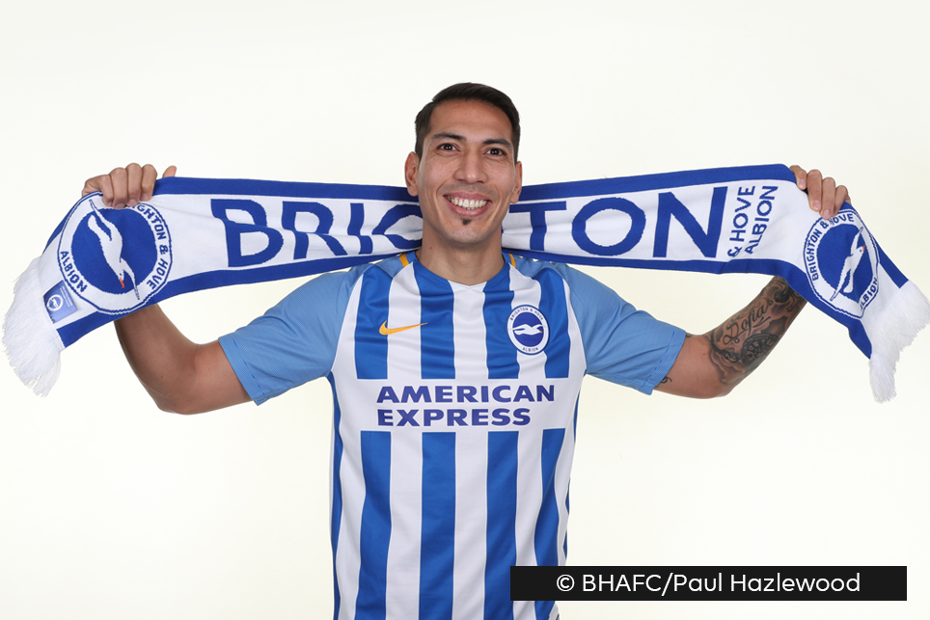 Leicester City striker rejoins Seagulls until the end of the season

Leonardo Ulloa has returned to Brighton & Hove Albion in a loan deal from Leicester City.

The 31-year-old striker joined Leicester from Brighton in July 2014 and has agreed a deal to go back to the Amex Stadium until the end of the season.

The Argentinian is Brighton’s third signing of the January transfer window after Jurgen Locadia (PSV Eindhoven) and Warren O’Hora (Bohemians).

Ulloa will be looking to make his second Brighton debut in their next fixture, at Southampton, on Wednesday.

Ulloa speaks about his move

Leonardo Ulloa's full interview after he returned to the Albion is in full on #SeagullsTV.#BHAFC 🔵⚪️