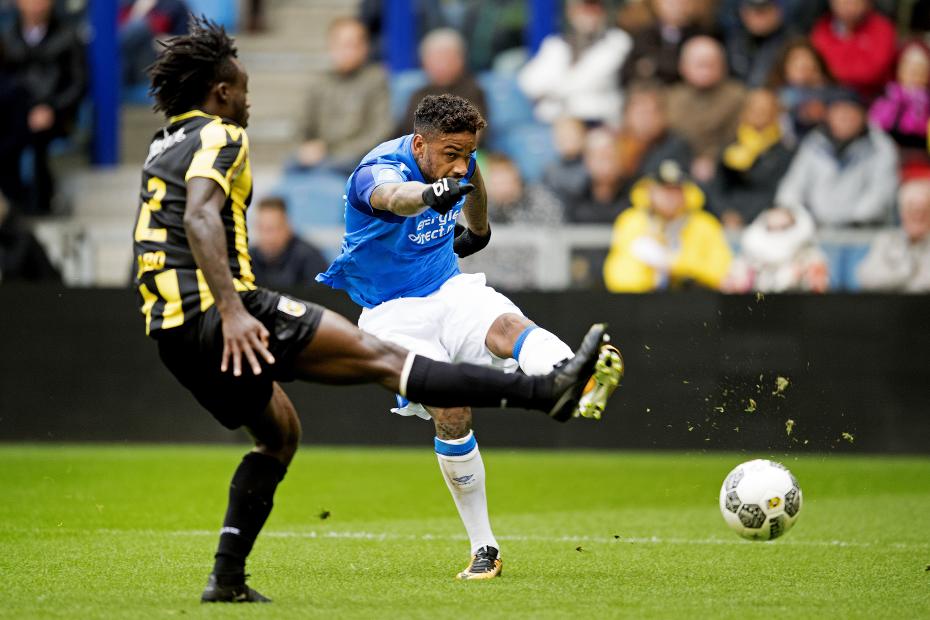 A lack of power and penetration in attack has limited Brighton & Hove Albion’s goal threat this season.

Their leading scorer Glenn Murray, with six goals, and Tomer Hemed have each made handy contributions in attack, but neither is a forward who will stretch opposition defences.

It helps to explain why Brighton have scored only 10 goals from inside the box from open play this season.

They need a striker who can run in behind, to create opportunities or score them. Jurgen Locadia looks to be just that type of player.

Scoring nine league goals for PSV Eindhoven this season, the 24-year-old can play as a lead striker or as a left or right-sided forward.

Locadia’s running power can transform Brighton’s potency inside the final third, especially on the counter-attack.

Surging down the side channels, where he is most most effective on the left, or running on to through-balls down the middle, the Dutchman was a constant threat for PSV.

He had Eredivisie’s second-highest average shots per match this season, with 4.4.

Capable of finishing with either foot, often on the back of a penetrative forward run, it is no surprise Brighton manager Chris Hughton moved for such a player.

It is not just goals Brighton fans should expect from their club-record signing. Locadia also has a creative side, setting up 23 chances in 15 league appearances this season.

He can also deliver quality crosses from the flanks.

While he has the pace to go down the left and whip crosses across the face of goal with his left foot, Locadia’s strength is to cut in before whipping right-footed crosses into the penalty area.

This could be great news for Murray and Hemed, or for Brighton's right-sided winger Anthony Knockaert, who should be looking to take up positions at the far post.

Only two Premier League sides have created fewer chances than Brighton’s 158 this season, so they needed someone to add a cutting edge.

Recent recruits from Eredivisie have been hit or miss in the Premier League, so there are no guarantees of success, but based on his style of play and recent form Locadia is just the type of player Brighton need.