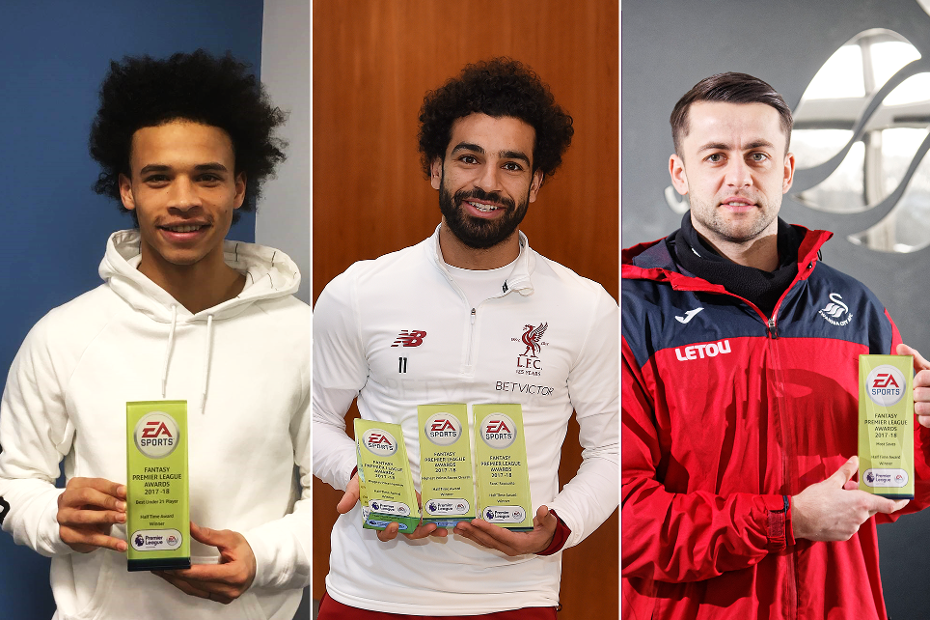 Mohamed Salah dominates the 2017/18 EA SPORTS Fantasy Premier League Half-Time awards after a stellar opening half to the season.

The Liverpool forward claims three of the five awards, with Manchester City's Leroy Sane, and Lukasz Fabianski, the Swansea City goalkeeper, the other winners.

Mohamed Salah (145 points)
Salah hit the ground running for Liverpool after joining in the summer, surging to a peerless 145 points from 19 Gameweeks that included 15 goals, five assists and 15 bonus points.

Mohamed Salah (57.9%)
FPL's most popular player, Salah's ownership continued to grow throughout the first half of the campaign, peaking at 57.9% at the midway point.

Most saves by a goalkeeper

One man dominates the @OfficialFPL Half Time Awards 🏆

Got them all in your #FPL team? @premierleague pic.twitter.com/6xqbOLkwPF