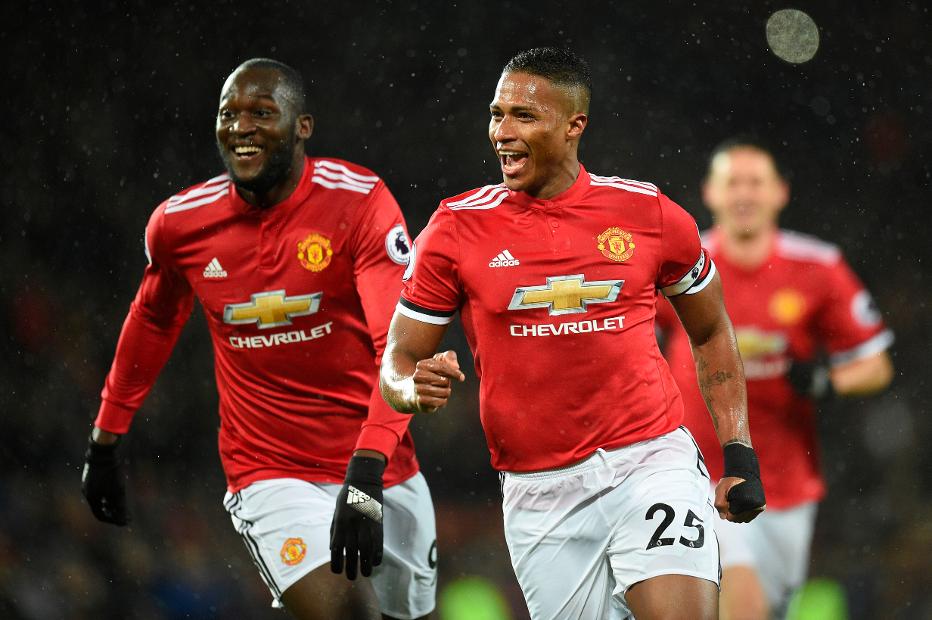 Valencia, Martial and Lukaku score in 3-0 win as Red Devils capitalise on Man City's first defeat of the season

Antonio Valencia, Anthony Martial and Romelu Lukaku scored to close the gap to the Premier League leaders to 12 points.

Stoke had new manager Paul Lambert watching from the stands but they fell behind on nine minutes when Valencia marked his return from injury with a ferocious left-footed strike.

It was 2-0 on 38 minutes as Martial bent into the top corner from Paul Pogba's second assist.

Stoke nearly pulled one back in the first half but David De Gea brilliantly saved from Xherdan Shaqiri.

Lukaku ensured Stoke stayed in the relegation zone with his 11th goal of the season, set up by Martial on 72 minutes.