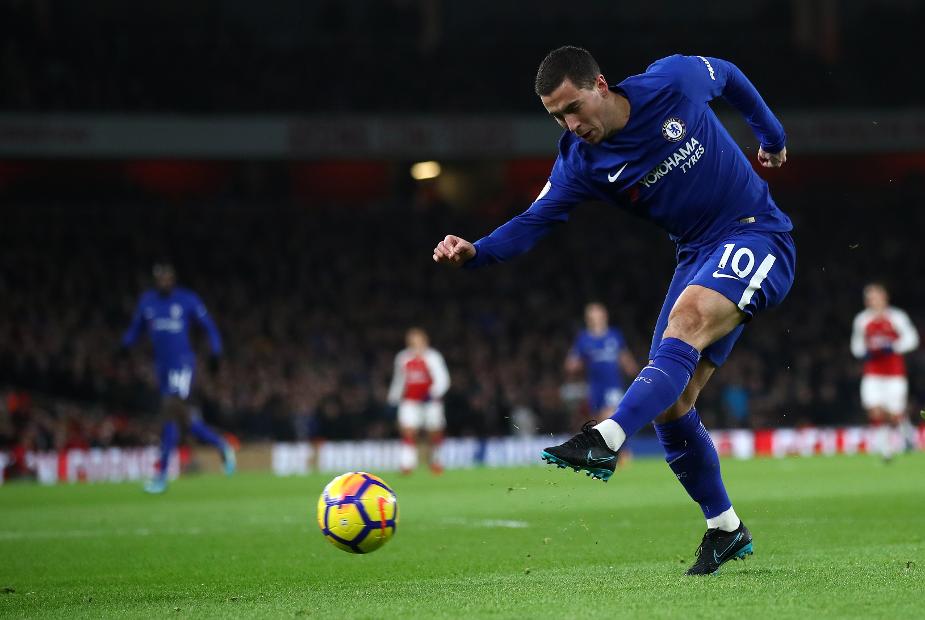 The Belgian can justify his tag as a Fantasy heavyweight over the second half of the season.

Hazard returned to the Chelsea attack in the 2-2 draw with Arsenal in Gameweek 22 and fired six shots inside the penalty area.

And a converted spot-kick ended a run of five starts without a goal.

The recent return to action of Alvaro Morata (£10.5m) can help Hazard regain his FPL form.

In his last six Gameweek starts behind the striker in Chelsea’s 3-5-1-1 formation, Hazard has supplied five goals, two assists and 56 points.

Part of only 8.2% of squads, Hazard now has the schedule to become a powerful differential.

He will be expected to return from a calf injury to face Leicester City at Stamford Bridge in Gameweek 23.

The Foxes have managed a single clean sheet away from home all season.

And after that Hazard’s subsequent four opponents each score only two in the Fixture Difficulty Rankings (FDR).