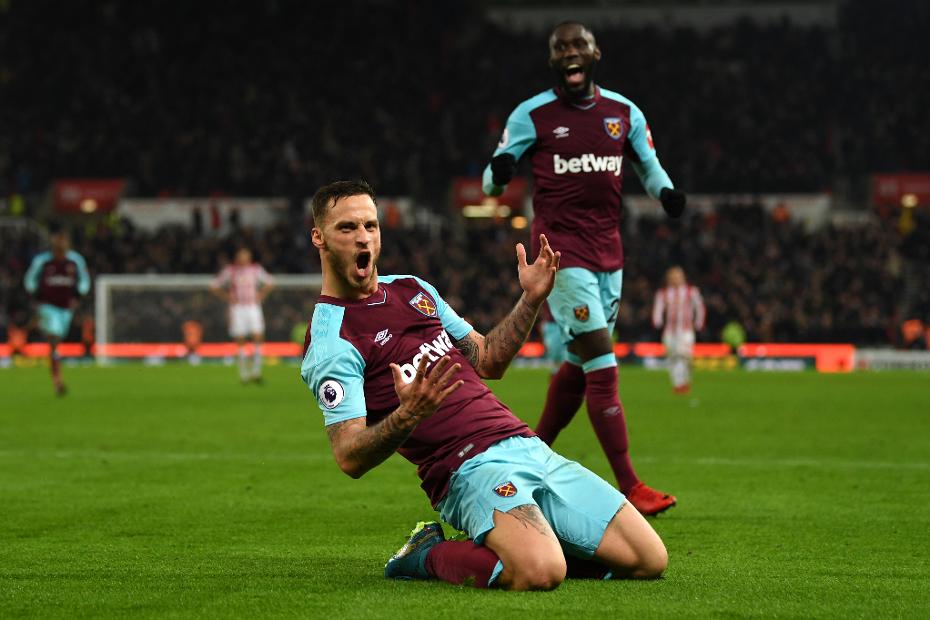 Arnautovic up for Premier League Player of the Month - vote now! External Link

Martinez: The fans' support for me was incredible External Link

A change in role has transformed the midfielder as an FPL option.

West Ham United manager David Moyes turned to Arnautovic as his lone striker in a 3-4-2-1 formation for the Gameweek 16 meeting with Chelsea.

He responded with five goals over the next five matches.

Arnautovic fired 15 shots inside the opposition penalty area during that spell. Only Mohamed Salah (£10.1m and 24) and Raheem Sterling (£8.9m and 19) – FPL’s two top-scoring players – bettered that tally among midfielders.

When on the pitch, Arnautovic has scored or assisted 60% of the Hammers’ goals since Gameweek 16.

He will be expected to recover from a minor hamstring injury to face Huddersfield Town on Saturday, leading the attack or playing up in support of Andy Carroll (£5.8m).

That is one of his next five matches that score only two in the Fixture Difficulty Rankings (FDR).