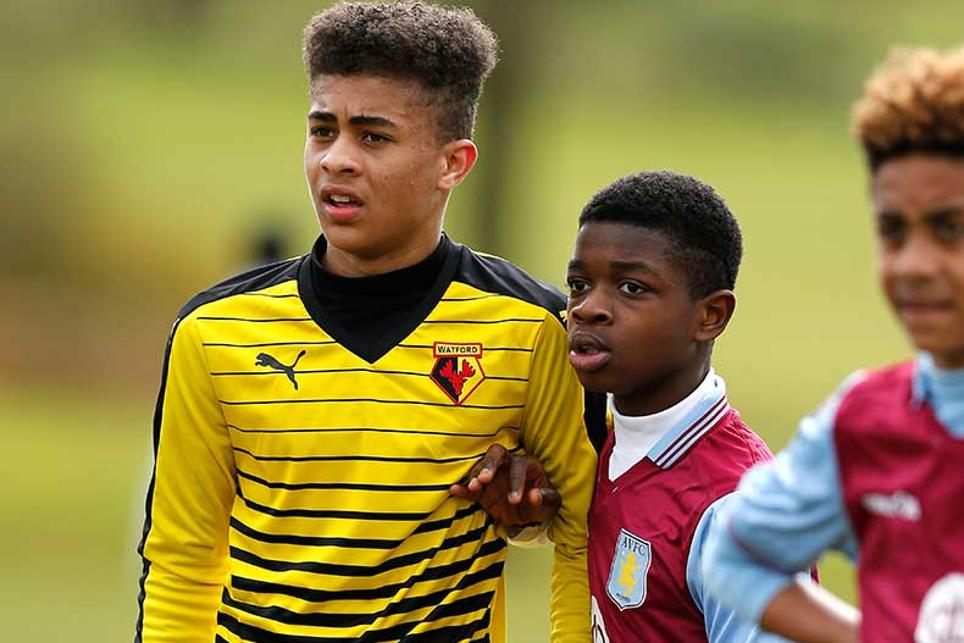 At Lilleshall National Sports Centre in April, the Premier League held its second bio-banding festival, showcasing an innovative system that is countering the kind of seasonal bias against later-maturing youngsters that threatened to halt the progress of players like Harry Kane.

The Tottenham Hotspur striker, who was born late in the United Kingdom's academic year on 28 July, was rejected at the age of 11 before gradually emerging to become one of the Premier League’s most prolific goalscorers at White Hart Lane.

"It's hard to tell at that age what the player is going to turn into,” Kane told the Telegraph. “I was only small at that age. I was a late developer.  So it is hard to call a player at such a young age.

“After that I went to Spurs when I was 11. It wasn't like it took off straight from then, I still had to work hard. There were highs and lows along the way. As I got older, I grew up, caught up to the rest of the players my age and it went from there.”

Time will tell whether "the next Harry Kane" was in the four-team tournament at Lilleshall but clubs agreed that bio-banding, where players are grouped according to their biological age, not their chronological age or size, deepened their understanding of recruitment and retention of young academy players

This in turn creates a fresh opportunity to maximise the players’ technical development.

There is a proven bias among clubs towards selecting players born in the first quarter of the UK academic year (September-November), who are generally bigger. This is something that the Premier League is seeking to balance out.
The first event took place last summer. The second tournament, between Norwich City, Stoke City, Aston Villa and Watford, has given fresh benefits.

Players aged 12-15 from each club were banded according to the Khamis-Roche method. This calculates their level of maturation, based on a child’s height, weight and the height of both parents. Players were banded either within the 85-90% of predicted adult height (PAH) range or the 90-95%.

Upon arriving at Lilleshall, the observer is immediately struck by the fact these matches still involve big players competing against small players.

A superficial reading of bio-banding could be misinterpreted as allowing all the smaller players to compete against each other. While that would allow the smaller technicians to avoid being muscled off the ball, it would have no long-term benefit.

“If you were to group academy players by height and weight only, you’re creating a fake environment that doesn’t really exist in football,” James Bunce, head of sports science at the Premier League, said. “You’re always going to get bigger and smaller players.

“If you go and play in the first team within the Premier League, you’ll still have people getting bullied off the ball, so that’s not going to change – unless you want all first-team football based on height and weight, which we don’t. It’s got to continue to look and feel real.”

What we witness within bio-banding is the reduction of “violent swings of maturity difference within the chronological system”, where an early developer within an academy’s Under-13s can physically resemble a 16-year-old and be playing against a later-maturing 12-year-old player who might physically appear to be of primary-school age.

“We have seen clubs where a goalkeeper is at 98% of his final maturation, the central midfielder at 95% but a full-back is at 82%,” Bunce said. “There is a 16% difference in maturation and yet they have to play against each other.”

Growth spurts in adolescence accentuate the disparity beyond what players will face when all are fully grown.

Traditionally at their academy, Villa have tended to play in two-year bands throughout the age groups, to increase the quality of their intake.

What Sean Kimberley, their head of academy, is gratified to see emerging from this festival are the social and psychological advantages of older players taking the lead when they are banded away from their usual age groupings.

“Players who wouldn’t have been traditionally as dominant in their peer group or natural leaders on the pitch are coming to the fore,” Kimberly said. “They looked after the younger players and showed more confidence.

“Being a development club, there tend to be three types of player: the first are those who get fast-tracked, traditionally playing up an age group; there are the late maturers where it is right for their development to play down an age group; but what tends to happen is the player already in the most suitable age group sometimes doesn’t benefit from the challenges of being a leader.

“So what was the most fascinating observation here was that players who we know are on the right track in their own age group showed leadership skills to team-mates from a younger age group by the very fact of playing in a bio-banded event, rather than on the merit of their football or physical development.

“It was interesting to see one Under-14 lad who in some ways is physically quite well developed, but who showed his psychological and leadership skills.

“These showed up on the pitch in the way he was taking responsibility, taking ownership with organising a defensive wall, or suggesting a younger team-mate take a corner, and stepping up.

“Then there were one or two younger players, giving 18 months away, who were much more mature in dealing with the mental challenge of playing against older players than you might have envisaged.”

Bunce said such instances have happened at other clubs.

“We found from research that the older players in the group liked being able to impart wisdom and teach the younger players and take a leadership role.

“The younger ones were like, ‘I got to play with these older players who were teaching me new things.’ It’s not the only thing, but it's a massive social-psychological development.

“The early-maturing boys also benefit from competing against players who are older but of a similar maturity. Playing up a level, these boys told us that they could no longer rely on their physical attributes and were forced to adopt a more technical and tactical style of play, releasing the ball, and making quicker decisions.

“Early-maturing boys also saw this as an essential step in preparing them for future competitions against older and physically better-matched competitors, describing the bio-banded games as a better learning experience.

“The whole theory is built around creating new and innovative ways of training players. If this happened once a month, you could create better leaders, better people socially. The age group is just a phenomenon we created for logistical purposes.”

Its potential is such that Watford and AFC Bournemouth got together to organise an impromptu bio-banded set of matches over Easter.

“We played in three bands, 80-85%, 86-91% and 91-97%,” Peter Sharp, the Watford head of academy sports science, said. “We’re sculpting it, seeing what works. We sat down afterwards and talked about pitch, goal and ball sizes to help aid what happened. It’s new, exciting, trying to make it best for the players.”

Watford are looking to stage an international bio-banding event, taking advantage of their relationship with foreign clubs through their owners, the Pozzo family.

“We’re in quite a unique situation,” said Sharp, whose academy players do gym training in bio-banded groups. “Hopefully we’ll get that going next season. It would be a massive opportunity.

Pete Lansley, (@PeteLansley), is a lecturer in football journalism at the University of Derby and an FA Coach Mentor who coaches for Derby County Community Trust while reporting for the Guardian and the Content Factory.