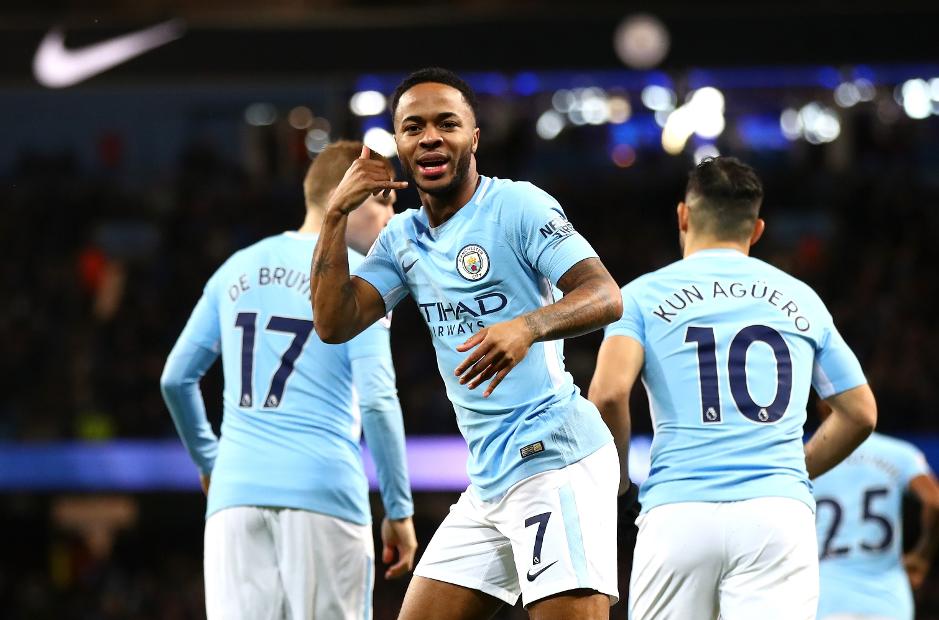 With his latest goal against Watford having taken his tally for the season to 14 Premier League goals Raheem Sterling is enjoying a standout season with Manchester City.

The 23-year-old’s latest strike also earned him the unique honour of being the only player to have scored the earliest and latest goals in a top-flight season since 2006/07, when Opta started recording such data.

Sterling’s opener against the Hornets came with just 38 seconds on the clock, making it the third-fastest goal by a City player in the history of the competition.

It comes behind Jesus Navas, who struck after 13 seconds against Tottenham Hotspur in November 2013, and Geovanni (29 seconds), v Wigan Athletic in December 2007.

The winger’s effort marks a stark contrast to his usual tendency of scoring at the tail-end of matches.

Seven of Sterling’s PL goals this season (50%) have arrived in the 80th minute or later.

His winner against AFC Bournemouth on 26 August, in the fixture that started Man City’s record-breaking 18-match winning sequence, remains the latest to be scored this campaign, coming after 96 minutes and 35 seconds.