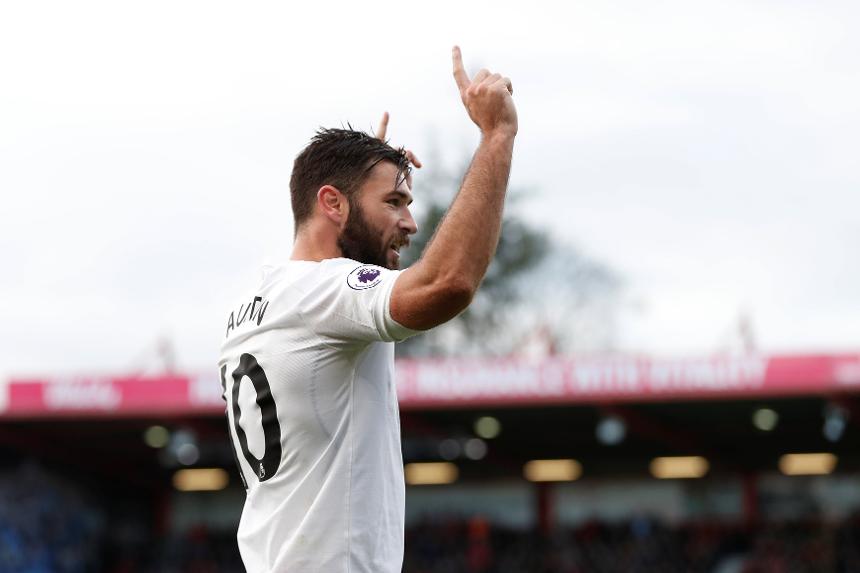 Fantasy Premier League managers are turning to midfielders as their main source of goals, although striker Charlie Austin (£6.2m) has the form to correct the balance.

The Southampton forward has four goals from four starts ahead of Saturday’s match with Huddersfield Town.

Austin makes the cut as a lone frontman, as the select XI for Gameweek 19 lines up in a 4-5-1 formation.

The West Ham United goalkeeper heads into a home match with Newcastle United on the back of three successive clean sheets. Adrian has saved 84.6% of his shots faced, placing third behind FPL favourites Nick Pope (£4.8m and 86.7%) and David De Gea (£5.9m and 85.0%).

Now ranked second in the overall defender standings behind Antonio Valencia (£6.9m), Alonso has produced a goal and an assist in his previous two Gameweeks. With 34 shots over the season, 14 more than any other defender, he promises another double-figure score at Everton on Saturday.

The Manchester City centre-back is tied with Alonso on four goals as another defender who can contribute attacking points to accompany clean sheet returns. He faces an AFC Bournemouth attack who have recorded just four big chances in away matches, fewer than any other side.

The defender’s recent return to the Manchester United starting line-up is a major boost ahead of their visit to Leicester City. Jones has completed 90 minutes on 11 occasions, keeping nine clean sheets in those matches.

Returning to the side as cover for the injured Mamadou Sakho (£4.8m), Dann is crucial to a much-improved Crystal Palace defence. The Eagles travel to Swansea City having conceded just six big chances over the last six Gameweeks. Only Chelsea (four) have allowed fewer.

The top transfer target ahead of this evening’s 6.45 pm GMT deadline, Sterling has scored seven goals at home, more than any other player. He also faces AFC Bournemouth having netted in each of his four previous appearances against them, scoring six goals. He claims our Gameweek captaincy.

We opt for two members of Man City’s midfield by drafting in the Belgian. De Bruyne has produced five goals in the last eight Gameweeks, providing double-figure hauls in three of his last four matches at the Etihad Stadium.

The midfielder will be expected to return to the United starting line-up at Leicester as he bids to maintain a scoring rate of 7.0 points per match. Pogba has contributed three goals and seven assists from just eight starts.

With a goal or an assist in nine of his previous 10 appearances, it is impossible to overlook Salah, even when faced with a testing trip to Arsenal. He arrives at Emirates Stadium having scored eight goals from 14 shots on target away from home, more than any other player on both counts.

The absence of Christian Benteke (£7.6m) through suspension will put the onus on Zaha to provide a cutting edge for the trip to Swansea. Used as part of a front two for Palace, Zaha has produced a goal or an assist in each of his last three Gameweek outings.

Austin will be expected to return to the Southampton teamsheet for the visit of Huddersfield Town, having made a 29-minute appearance from the bench at Chelsea. He has fired eight shots on target over the previous four Gameweeks, a tally bettered only by Harry Kane (£12.8m and nine).