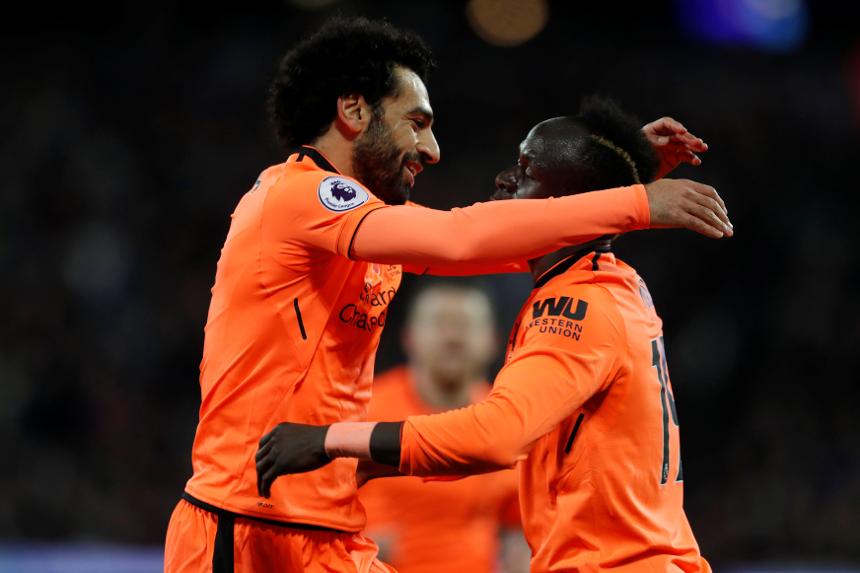 Adrian Clarke looks at how Arsene Wenger's recent move from a 3-4-2-1 formation to a 4-1-4-1 may affect Arsenal's Friday match with Liverpool.

Hector Bellerin and Ainsley Maitland-Niles have played as the full-backs since the Gunners reverted to four at the back two fixtures ago, but both need to appreciate the difference between the duties of a full-back and a wing-back when it comes to this formation change.

Since Wenger's tactical tweak there has been no discernible change in their approach.

Bellerin has got on to the ball in the same areas and Maitland-Niles surged forward to deliver nine crosses at West Ham United.

With a four-man defence there is a greater emphasis on full-backs to provide cover, so both youngsters must choose the right moments to push into the final third.

Mohamed Salah and Sadio Mane, the Liverpool wide men, have the athleticism and ability to punish Arsenal if holes are left for them to expose on the counter-attack.

Bellerin and Maitland-Niles will need to take part in attacks, but they should adopt a selective approach.

If they allow Salah and Mane to get goalside of them, in turn dragging their central defenders away from the middle of the penalty box, Arsenal could be in trouble.

The advantage of moving to a 4-1-4-1 is the addition of an extra offensive midfielder in the Arsenal starting line-up.

Given that they face an adventurous Liverpool side who have looked vulnerable on the road - conceding an average of 3.5 goals per match at Top 10 sides - attack could be the best form of defence for Wenger’s men at Emirates Stadium.

The key to success will be striking the right balance.

With five top-class forwards on the field, plus one full-back supplementing the attacks, there should be no need for Arsenal to leave themselves short of numbers behind the ball.

Tomorrow: The secrets to Burnley's defence