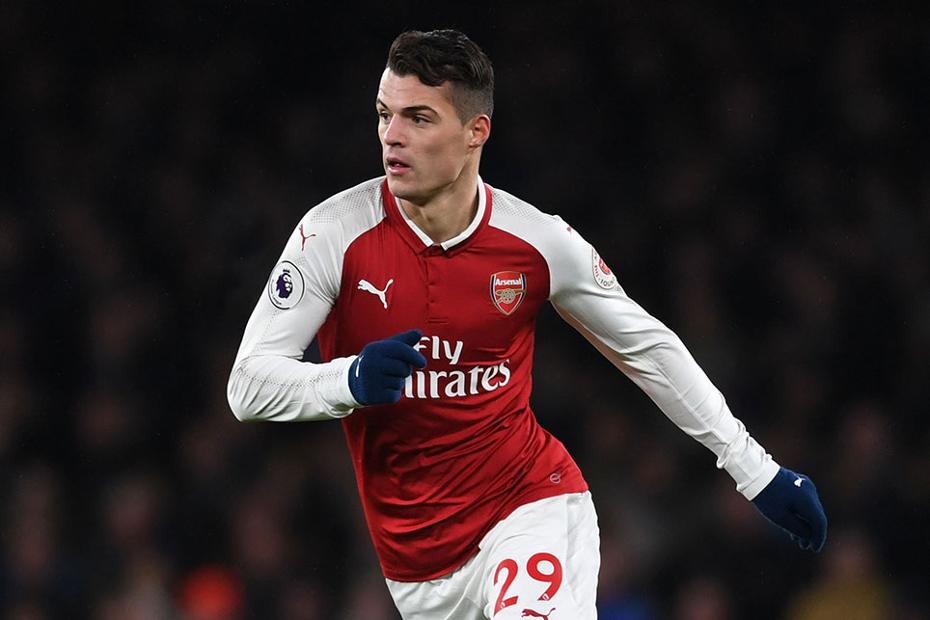 Adrian Clarke looks at how Arsene Wenger's recent move from a 3-4-2-1 formation to a 4-1-4-1 may affect Arsenal's Friday match with Liverpool.

Successive clean sheets against West Ham United and Newcastle United with four in defence appear to show that using one centre-back fewer will not harm Arsenal defensively.

However, free-scoring Liverpool are likely to pose far more searching questions than matches in which Arsenal have averaged 70.7% possession.

Does Wenger have the right personnel to handle a return to four at the back, against opponents with the pace and firepower of the Reds?

Granit Xhaka is the man most affected by Wenger’s tactical tweak. His responsibilities alter significantly within the framework of a 4-1-4-1.

Without the industrious Aaron Ramsey by his side, through injury, Xhaka will find himself more isolated.

The new system affords Jack Wilshere and Mesut Ozil the license to roam free ahead of him; effectively leaving Xhaka as the sole player sat in front of Laurent Koscielny and Nacho Monreal.

Minus the insurance policy of a third defender alongside them, Koscielny and Monreal will not be able to step into midfield to pressurise opponents as frequently as before.

So there will be an added reliance on Xhaka to break up play.

On home turf, playing for a side who encourage their full-backs to provide most of their width, there will be plenty of ground for the Swiss to cover.

This is why it is so critical that he retains positional discipline.

Should Xhaka get caught ahead of the ball in advanced areas when Liverpool turn over possession, as he did during the fixture at Anfield, Arsenal’s central defenders could be exposed.

Xhaka is comfortable orchestrating possession from deep. The Arsenal No 29 did so against Newcastle, as the above image shows, but he is not a natural ball-winner.

The 25-year-old is hard working but not the quickest across the turf, registering the slowest top speed of Arsenal’s starters in two of the last three matches.

He is also prone to committing fouls when stretched.

This season he has been penalised for making more fouls (30) than tackles he has won (23).

In fact, only one Premier League central midfielder has conceded more free-kicks in this manner during 2017/18, Leicester City’s Wilfried Ndidi.

Going toe-to-toe with a mobile Liverpool attack who are quick and mobile in transitions of play, Xhaka must be careful.

It would be wise for him not to venture too far away from his central berth.

Tomorrow: The secrets to Burnley's defence