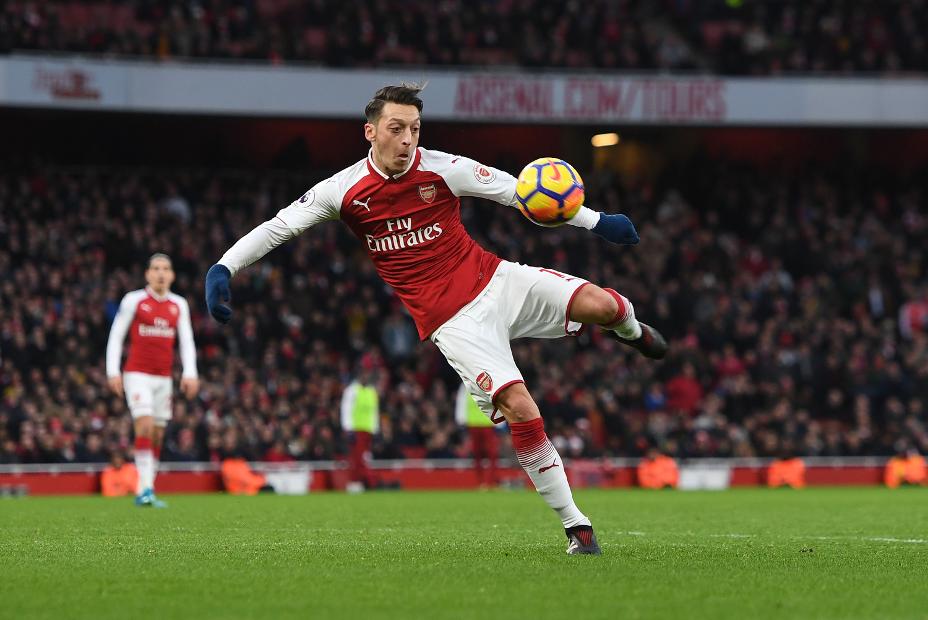 GW19 Ones to watch: Aaron Mooy

The Arsenal midfielder has the form to make a huge difference to the festive period for FPL managers.

An 11-point score in last weekend's 1-0 win over Newcastle United was Ozil’s latest and most notable contribution.

That took him to three goals and five assists from his last nine Gameweek starts.

Ozil recorded the highest individual ICT Index score of Gameweek 18, with 20.8, thanks in large to his creativity.

For the second time this season Ozil created eight goalscoring chances, which can only be bettered by Kevin De Bruyne's (£10.3m) nine in Gameweek 14.

Ozil is also averaging a key pass every 22.0 minutes, more frequently than his 28.4 minutes last season.

He has been involved in six goals in his last five matches at Emirates Stadium, scoring two and providing four assists.

The German takes that form into Liverpool’s visit for Gameweek 19 on Friday.

Jurgen Klopp's side have been fragile on their travels.

Only Stoke City (26) have conceded more than their 24 big chances away from home.

And the Gunners have shown ruthless form at their own ground.

They have scored 22 goals and created 33 big chances in home matches, both bettered only by Manchester City (32 goals and 46 big chances).

Owned by just 2.5% of FPL managers, he can be a powerful differential.

And with six of his next eight opponents scoring two in the Fixture Difficulty Rankings (FDR), Ozil can remain on his current trajectory well beyond Friday’s contest.