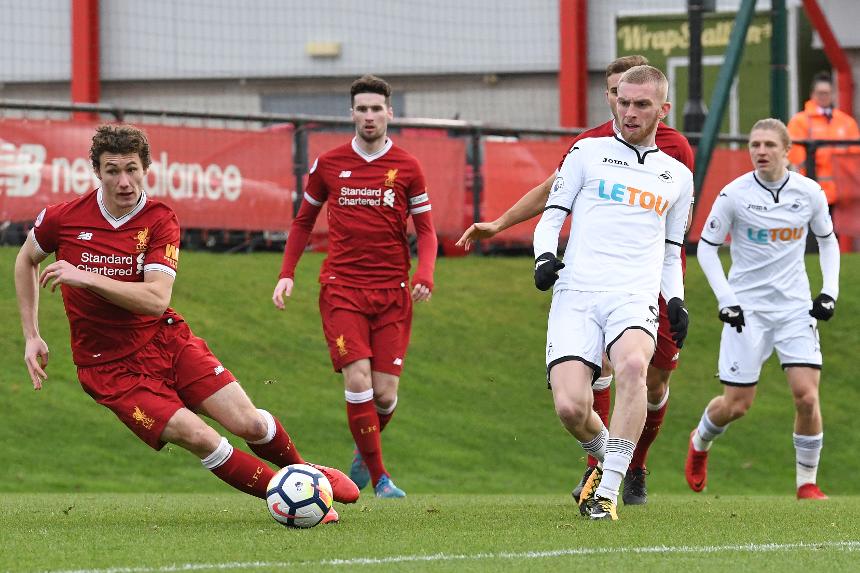 Swansea City handed leaders Liverpool a shock 3-1 home defeat, despite having a man sent off.

Jordan Garrick and Oli McBurnie, with his 10th PL2 goal of the season, gave the Welsh side a 2-0 half-time lead.

That lead was extended by George Byers in the second half before Cameron Brannagan pulled a goal back for Liverpool from the penalty spot.

Liverpool were given more hope when Swansea's Aaron Lewis was shown a second yellow card but the visitors defence was not breached again.