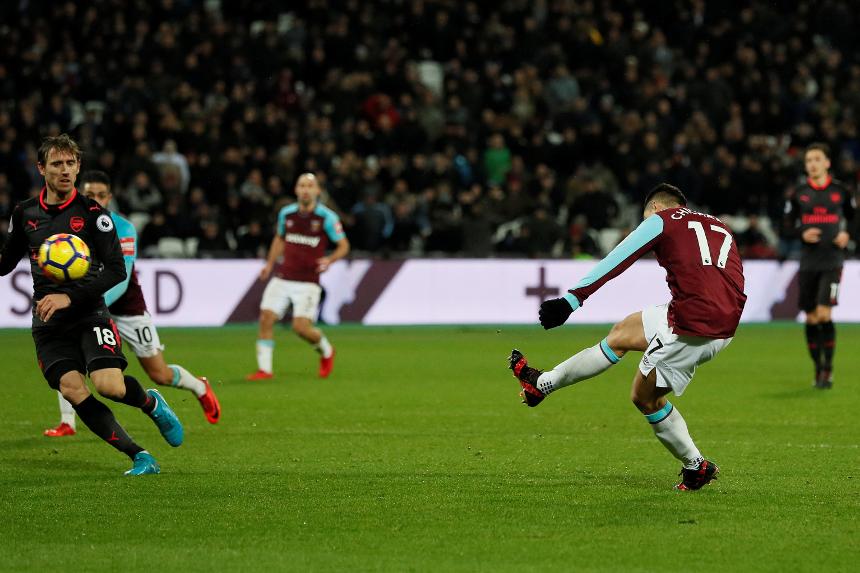 Chicharito hit the woodwork in stoppage time as West Ham United almost snatched victory in a goalless draw with Arsenal.

The substitute’s effort struck the underside of the crossbar and bounced close to the goalline, leaving the Hammers to settle for a point at London Stadium.

Alex Iwobi struck a post as Arsenal took control of the match, with Hector Bellerin and Mesut Ozil both firing wide.

Jack Wilshere shot over and Alexis Sanchez's free-kick was saved by Adrian, but Chicharito came closest late on.

The point means Arsenal slip to seventh while West Ham are 19th, two points off the bottom.