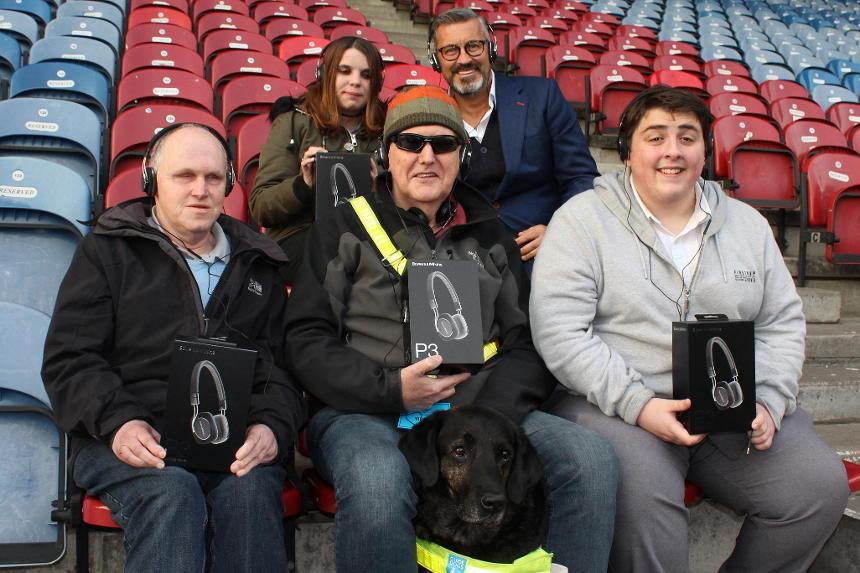 Visually impaired fans of Huddersfield Town will be able to enjoy matches at the John Smith’s Stadium even more thanks to new headphones made available from this weekend.

Starting with Sunday’s match at home to league leaders Manchester City, 10 headphones have been donated by the club’s audio partners, Bowers & Wilkins, to help those supporters with impaired sight to listen to match commentary.

Town fans Steven Downes, Emma Downes, Phil Daniel and David Quarmby were among the first to test the new headphones.

“In our discussions with the club, it quickly became clear that providing our headphones for the use of visually impaired fans on match days was absolutely the right thing to do,” said Bowers & Wilkins.