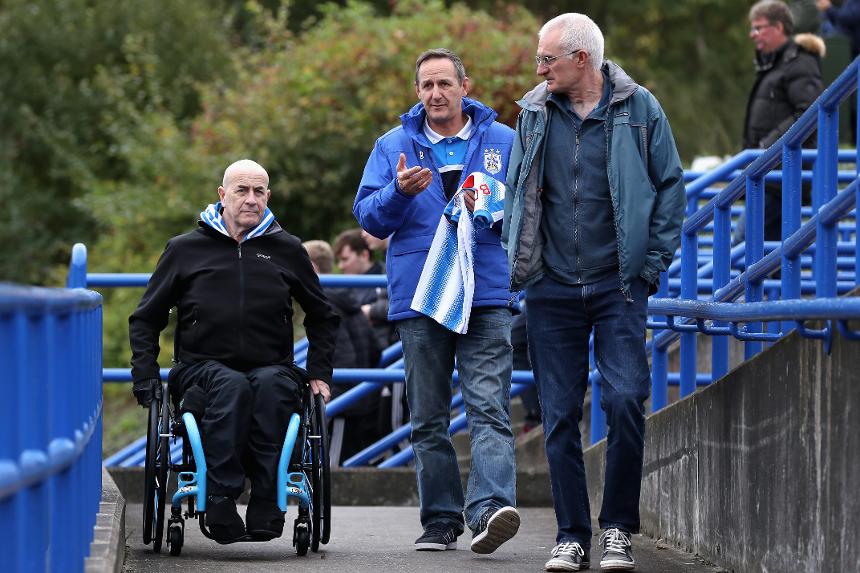 The Premier League has issued a report detailing the extensive progress made by clubs in improving their disabled access provisions.

In February 2015, Premier League clubs agreed that improving provisions for their disabled supporters would be a priority for investment for the three-season period starting 2016/17.

In September 2015 that decision was followed up with a unanimous commitment to meet with the guidance contained in the Accessible Stadia Guide (ASG) by Season 2017/18.

A summary of the progress made requires the current 20 Premier League clubs to be split into three groupings:

- 16 clubs have been in continuing membership of the Premier League since the commitment made in September 2015;

- Two clubs (Burnley FC, Newcastle United FC) have been in the Premier League for only one season since the commitment was made and have a further year to work towards the ASG recommendations.

- Two clubs (Brighton & Hove Albion FC, Huddersfield Town AFC) were promoted in May 2017 and have just begun their work to improve disabled access for their fans.

The total number of wheelchair bays at the 16 "continuing" clubs has increased by around 50%, or just over 1,000 in total.

Clubs have prioritised the building of Changing Places facilities: when the commitment was made two clubs had them installed in their stadiums, compared with 18 clubs now, with the final two committed to building them this season.

Clubs have improved parking provision for their disabled supporters with stadiums now offering at least 6% of club-controlled parking as disabled spaces.

Premier League Executive Director, Bill Bush, said: "Clubs have delivered substantial work to improve disabled access for their fans. The scale and scope of what has been undertaken across the Premier League is unprecedented in any other sport or entertainment sector.

“For clubs to have delivered more than 1,000 new wheelchair bays for fans, and the widespread installation of Changing Places facilities, show how seriously they have taken this commitment.

“The two-year period to complete the work was a deliberately challenging target. Some clubs, particularly those with very old stadiums, have found significant built-environment challenges. For those clubs, money has not been the determining factor but disruption to fans and matchday operations means more time is required.

“This report provides details of the progress made at a point in time. It is not the end of the process – all clubs will continue improving their disabled access provisions, engaging with disabled supporters, and working with stakeholders for years to come to ensure their stadiums are accessible and welcoming to all.”

The full report detailing the club’s progress towards meeting the recommendations contained in the Accessible Stadia Guide can be viewed here (PDF 7.0MB).

- The Accessible Stadia Guide was first published in 2003 as an advisory document to provide guidance to stadium designers and operators over how they could make “reasonable adjustments” to their facilities.

- The League commissioned specialist advisors to work with all clubs to support their efforts to identify reasonable adjustments that could be made in their stadiums.

- Four clubs do not meet the full ASG target for wheelchair bays, and are at different stages of their works to enhance provision for their disabled fans. One club has completed the construction of new wheelchair bays and their use will be phased in. These include:

Over the last two years they have increased the number of wheelchair bays by 60 (going from 50 to 110).

On wheelchair bays specifically, they have consulted independent fan group "Watford Enables" and have agreed to continue to work towards boosting demand while always providing 25% more bays than demand would require. They will move towards the full ASG target as demand grows.

Over the last two years Crystal Palace has added 71 new wheelchair bays (going from 57 to 128), added a Sensory Room and installed a Changing Places facility.

The club has one of the oldest and hardest grounds to develop.

The site is constrained and planning permission is difficult to obtain.

The club has informed the Premier League that it has longer-term aspirations for developing the stadium, which are currently being explored, and these include further phased improvements for all supporters, including their disabled fans.

The club has installed a Changing Places facility and has a range of plans that go beyond ASG recommendations for a new stadium, for which planning permission has recently been secured.

The club is currently exploring the potential to extend the provision of wheelchair spaces in two stands at Stamford Bridge, against a backdrop of uncertainty over how long they will continue to play matches there.

The club has added 54 new wheelchair spaces (going from 118 to 172), installed a Changing Places facility, and added an off-site Sensory Room.

Goodison Park is one of the oldest and most complex grounds in the Premier League. Further development plans remain ongoing and will continue throughout this season.

The club has carried out substantial redevelopment work including the construction of 157 new wheelchair bays (going from 120 to 277).

A range of improvements include a Changing Places facility, and the introduction of friends and family seating in some wheelchair accessible areas.

The use of their new wheelchair bays will be phased in as built-environment changes and safety tests are carried out, and 2,600 existing season ticket holders are reallocated into appropriate seating.