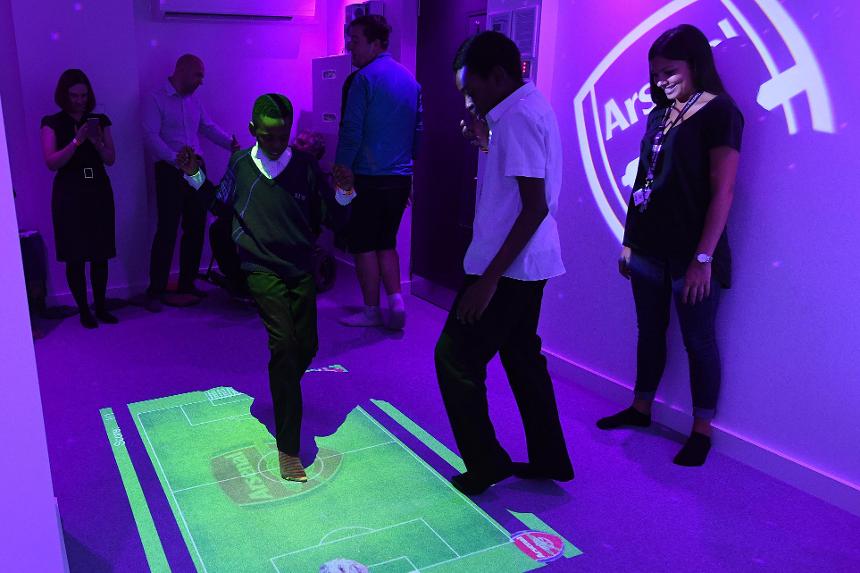 When she was a child Carly had gone with her dad to see her beloved Arsenal.

Now a mother, she wanted to pass on the family tradition and take her son, Reggie, to Emirates Stadium.

But Reggie, 7, has autism and the sensory difficulties this brings mean that the atmosphere and noise at a Premier League stadium can make watching a match a daunting experience.

"I remember going to Highbury with my Dad when I was a kid and I always wanted to do that with my child," Carly says. "But autism did put up a huge barrier.

"He couldn't sit in the crowd, he wasn't able to access that experience."

But Reggie and others with profound special needs can now watch their heroes at Emirates Stadium thanks to a specially designed sensory room.

The room contains a range of sensory activities and toys that provide a tranquil space for fans and their families at the ground.

It also has a window on to the pitch, allowing them to fully enjoy the action.

And two weeks ago, Reggie experienced his first Arsenal match when the sensory room was officially opened in time for the Premier League contest against West Bromwich Albion.

"Being in a calm, relaxing environment where he is able to access the football is the best of both worlds," Carly says. "It works for Reggie and it works for other children.

"It's not the same experience as when I went with my dad but it's equally as important and equally as precious so I'm really grateful to the club for what they have done."

The room was created with the help of The Shippey Campaign, which is also working with the Premier League/BT Disability Fund and The Lord's Taverners to provide sensory spaces at Premier League grounds.