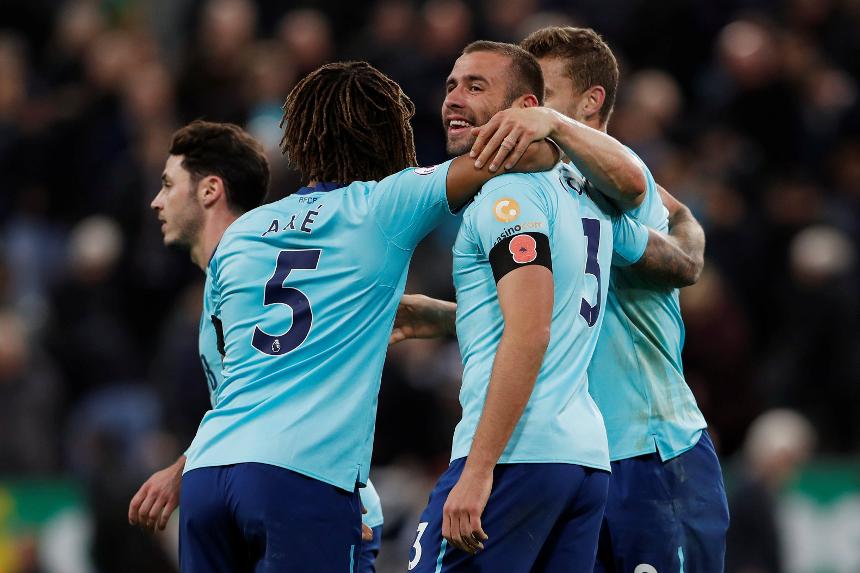 They are among nine players making their first appearance in the weekly elite, which lines up 5-4-1 for only the second time this season.

The Bosnian became the 10th different goalkeeper to earn a Dream Team spot after his shutout at Newcastle. No one has more save points this season after Begovic's four stops in the 1-0 victory took him to nine for the campaign.

Recalled to the AFC Bournemouth starting line-up, Cook claimed a goal and a joint-Gameweek high 15 points in their win at St James' Park.

The left-back made just his second start of the campaign and provided the assist for Huddersfield Town's winning goal against West Bromwich Albion. Five successful tackles also secured Malone maximum bonus points and a 12-point return.

Long-time FPL favourite Baines found form in Gameweek 11, converting a penalty and supplying an assist in Everton’s 3-2 win over Watford. He earns a first Dream Team call-up of the season, matching his 2016/17 total.

A fifth assist helped the Spaniard soar to the top of the FPL defender standings. The Chelsea defender has supplied more big chances (six) than any other team-mate.

The Liverpool defender earns his first Dream Team appearance in his second season. Matip scored a goal and claimed two bonus points from the 4-1 win at West Ham United. No other FPL defender has had more big chances (four) than him.

The Egyptian rewarded the 250,000+ FPL managers who captained him with a bumper score from the London Stadium victory, matching Cook's 15 points for the Gameweek. Salah topped the ICT Index in Gameweek 11 with a score of 17.3 and makes a third Dream Team appearance this season.

A goal and an assist in the 2-2 draw with Leicester City returned a season-high 13 points for Shaqiri. The playmaker is creating a chance every 32 minutes for Stoke City, more frequently than in both of his previous two campaigns (42 and 41 minutes).

After making the Dream Team four times in 2016/17 Son makes a first appearance this season. In his fourth successive start in the win over Crystal Palace, Son scored in back-to-back home matches and hinted at improved FPL prospects.

The Liverpool winger made a surprise return from injury to earn his first two assists of the campaign. Owned by only 7.4% of managers, Mane could be a key differential with six of his next seven opponents scoring two in the Fixture Difficulty Rankings (FDR).

A fourth goal in his sixth appearance of the season meant Niasse was the only forward in this line-up after earning the maximum three bonus points in the Gameweek. If he can cement a starting role at Everton, he may yet become a huge FPL bargain.