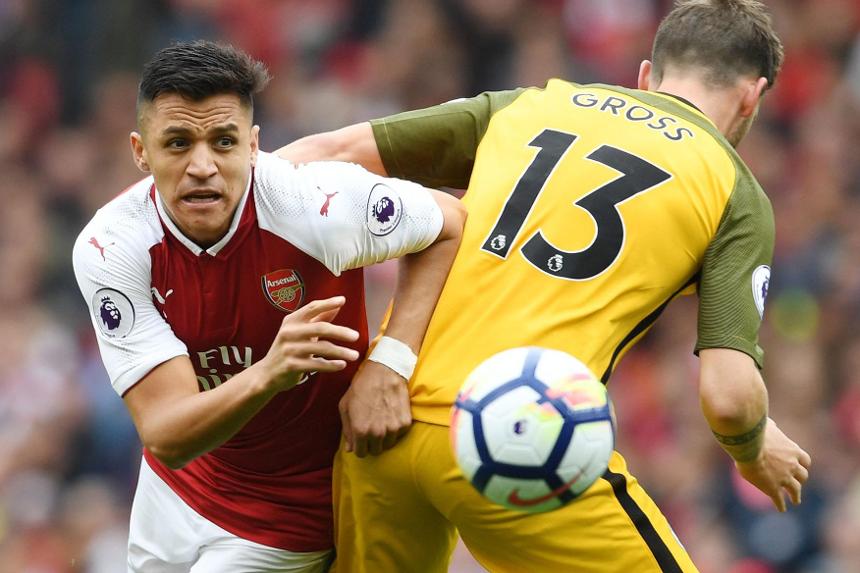 Team news: Who might play against Swansea? External Link
GW10 Ones to watch: Scott Dann

Alexis Sanchez (£11.8m) is back as a captain option in Fantasy Premier League.

With the teams of the two most popular players, Romelu Lukaku (£11.7m) and Harry Kane (£12.7m), going head-to-head on Saturday, Sanchez looks an outstanding candidate for Gameweek 10.

The Arsenal star has fired more shots (19) than any FPL midfielder over the last four Gameweeks and is ranked second for chances created (12).

Sanchez could face a Swansea City defence without regular left-back Martin Olsson (£5.0m), who is injured and set to be replaced by Angel Rangel (£3.9m).

Part of only 2.3% of squads, a big score from the Chilean could have a major impact on FPL ranks and mini-leagues.

Lukaku has been the top captain pick in eight of the first nine Gameweeks.

The Manchester United striker has four goals in home matches, although Tottenham Hotspur have conceded only twice on their travels.

Kane, on the other hand, has been ruled out through injury and will not face a United side who are the only team yet to concede at home.

With defences potentially on top at Old Trafford, the field is wide open for another candidate to make their mark.

Those without Sanchez could look to Mohamed Salah (£9.1m) as an alternative.

The Liverpool winger is set to be part of an attack facing Huddersfield Town at Anfield.

Salah has produced double-figure returns in two of his three starts at home and is the top-ranked FPL midfielder for shots in the box (26) and shots on target (18).

Philippe Coutinho (£9.0m) is another to consider.

Since returning from injury in Gameweek 5, he is second only to Kane for shots on goal (21 to 28).

Alvaro Morata (£10.3m) will bid to maintain his fine away form for Chelsea as they travel to AFC Bournemouth. The Spaniard has produced 23 points from his previous two away matches.

Eden Hazard (£10.6m) is another candidate and faces an AFC Bournemouth side against whom he has scored four goals in as many appearances.

The Manchester City pair visit a West Bromwich Albion side with one clean sheet in seven Gameweeks.

But having benched Jesus for Gameweek 9, Pep Guardiola’s rotation policy remains a concern for managers.

He has fired more shots inside the box (11) than any midfielder over the last four Gameweeks and is at home to a Stoke City side who have conceded a PL-high 20 goals.

See: The Scout's GW10 Ones to watch