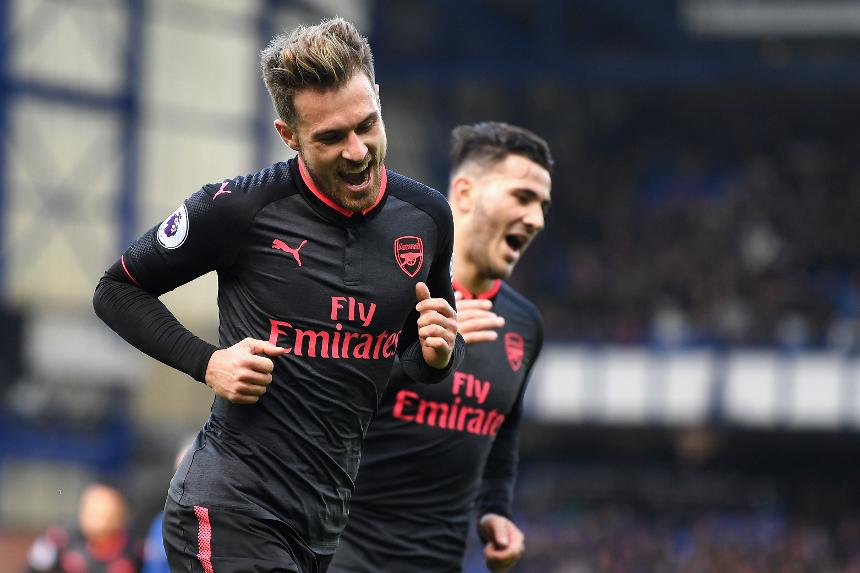 Fantasy Premier League managers can now include both Aaron Ramsey (£7.0m) and Mesut Ozil (£9.3m) in their considerations for midfield places.

The Arsenal pair excelled in a 5-2 victory at Everton, producing a goal and an assist apiece to sit alongside six other Dream Team debutants for Gameweek 9.

The only goalkeeper to claim a bonus point in Gameweek 9 and, incredibly, Elliot achieved it without making a single save against Crystal Palace. He was one of only four Newcastle players to complete 80% of 30+ attempted passes, helping him to 23 in the Bonus Points System (BPS) and a second Dream Team appearance.

Yedlin joins team-mate Elliot in the weekly elite having picked up two bonus points in addition to a clean sheet. He made two successful tackles and was the only member of the Newcastle back four to avoid a yellow card.

A second goal of the season, a clean sheet and maximum bonus points lifted the centre-back to the top of the FPL defender standings. The Argentinian also leads the way in terms of points-per-million value on 9.5.

A first clean sheet is rewarded with a Dream Team bow. Since his return to the starting line-up in Gameweek 7, no FPL defender has won more aerial duels (24) or recorded more clearances, blocks and interceptions (37).

The winger earned a fourth successive start at Stoke City and produced 12 points from an assist and a converted penalty. Stanislas scored or assisted 54% of AFC Bournemouth’s goals when on the pitch in 2016/17.

Ozil's total of eight key passes in the win at Everton was a Gameweek high, steering the German to maximum bonus points to crown his first goal and assist returns of the campaign.

The midfielder matched Ozil’s contribution to total 12 points, and has produced two goals and three assists this term. Ramsey fired more shots in the penalty area (six) than any other player in Gameweek 9 and he will be a major threat to visitors Swansea City on Saturday.

Another to produce a first double-digit tally of the campaign, Pedro’s strike against Watford means he has scored in both of his last two starts ahead of a trip to AFC Bournemouth.

Kane has the most Dream Team call-ups this season (four) and tops the overall FPL standings on 63 points. Each Dream Team appearance has been accompanied by a brace of goals, though on this occasion they arrived at home – his first Premier League strikes at Wembley Stadium.

The Belgian needed only 29 minutes to fire his first two goals of the season, having replaced Alvaro Morata (£10.3m) against Watford. However, he may well find himself back on the bench for Gameweek 10.

A second successive start allowed the Seagulls striker to get off the mark, netting twice in a 3-0 victory at West Ham United. Murray is set to retain his start for the visit of Southampton, despite Tomer Hemed’s (£5.0m) return from suspension, providing FPL managers with another cut-price option in attack.