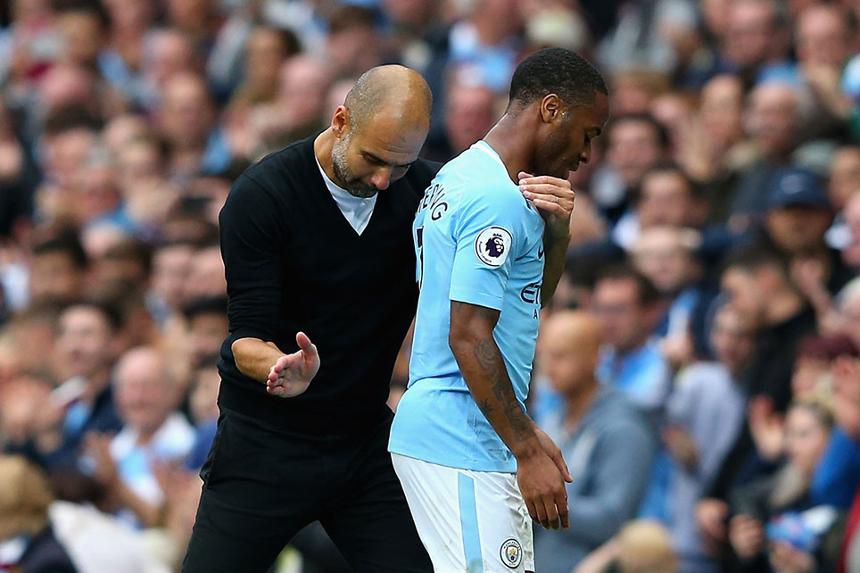 Stung by the omission of Manchester City's Sterling and Jesus? The Scout urges caution before your next transfer move

Pep Guardiola has put Fantasy Premier League managers in a spin ahead of Gameweek 10.

The Manchester City head coach rested both Gabriel Jesus (£10.6m) and Raheem Sterling (£8.2m) to his bench for Saturday's match against Burnley.

That pair were two of the top three transfer targets ahead of the weekend, collectively boasting over 673,000 new owners.

Jesus eventually saw only 14 minutes of action against the Clarets to score one point.

Meanwhile, Sterling was an unused substitute. When available, he had previously started the last five matches.

Aside from the immediate disappointment, FPL managers must now consider the ramifications of Guardiola's changes.

The rest for Sterling may well be as a result of his start in the UEFA Champions League against Napoli three days prior to Saturday's fixture.

With a return tie against the Italians to come following the Gameweek 10 trip to West Bromwich Albion, FPL managers should be braced for further rotation.

Sterling and Jesus are in the mix to fill three attacking positions in his 4-1-2-3 formation.

FPL midfielders Bernardo Silva (£7.5m) and Leroy Sane (£8.6m), along with forward Sergio Aguero (£11.7m) are the other candidates.

The latter is currently the top transfer target for managers, attracting 205,000+ new owners.

More than 77,000 of those trades have come from Jesus, who is the most sold player ahead of Gameweek 10.

Depending on Guardiola's selection, that situation could even be reversed following the meeting with the Baggies.

Having started both Jesus and Aguero in tandem in four of the opening five Gameweeks, injuries have since disrupted that pattern.

With Sterling and Sane providing such effective support - firing six and five goals respectively - Guardiola may no longer be compelled to field both strikers.

But the best strategy may be to reduce the risk by opting for only one of his five attacking options, perhaps pairing them with David Silva (£8.6m) or Kevin De Bruyne (£10.0m).

Deployed in deeper midfield roles, they have started every Gameweek fixture.

A third Man City slot could then be allocated to Nicolas Otamendi (£5.9m), who has climbed to the top of the defender standings.

As Gameweeks pass and when the focus is solely on domestic fixtures, Guardiola's selection policy may settle once more.

Until then, FPL managers must face the thankless task of second-guessing his intentions.