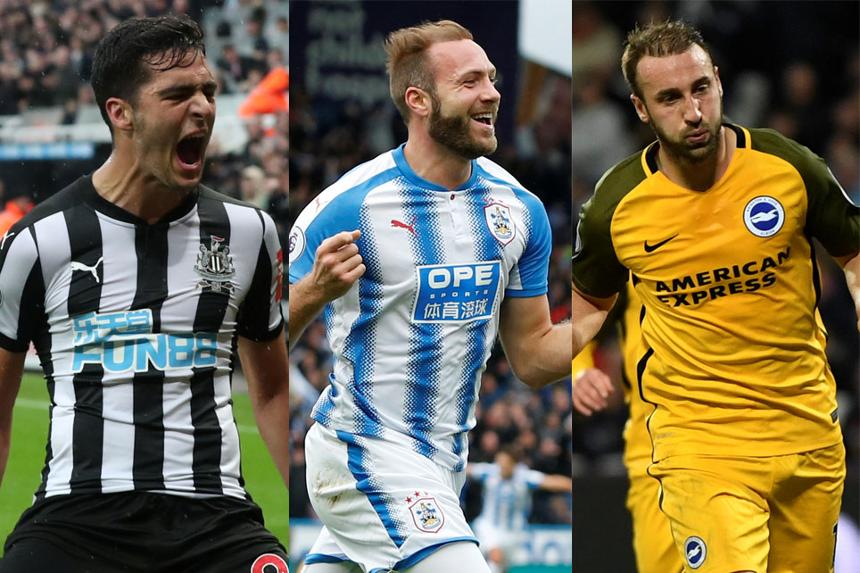 The 37 points accumulated by Newcastle, Huddersfield and Brighton only beaten twice at this stage in a season

Newcastle United, Brighton & Hove Albion and Huddersfield Town are putting paid to the argument that teams promoted from the Championship struggle to adapt to life in the Premier League.

It was a perfect Matchweek for the three, who all won to deliver a best points total for the promoted clubs after nine matches in a Premier League season for 12 years.

This is the highest total since 2005/06, when Wigan Athletic, West Ham United and Sunderland combined for 39 points (see table below).

The most points that the three promoted sides have won together is 44, in the opening season of the Premier League, by Blackburn Rovers, Middlesbrough and Ipswich Town.

This season’s points tally matches that of Hull City, West Bromwich Albion and Stoke City in 2008/09.

Of course, a good start is no guarantee of staying in the Premier League.

In fact, in none of the campaigns where the promoted teams matched or beat this season's tally did all three avoid relegation.

Indeed, only twice have all three promoted teams stayed up.

So, while Newcastle, Brighton and Huddersfield all will be buoyed by their results, they will undoubtedly be all too aware that there is a long way to go.

Most promoted clubs' points on MW9