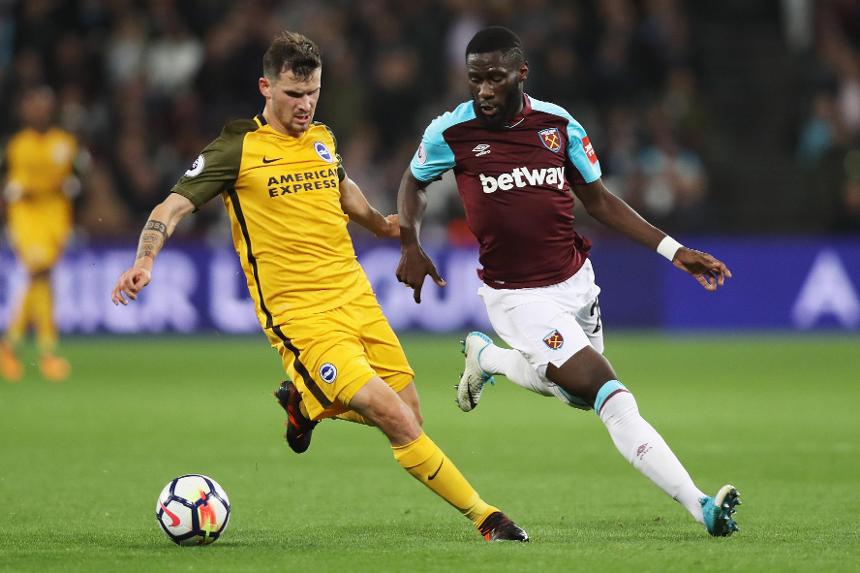 Pascal Gross reinforced his creative importance to Brighton & Hove Albion in this their first season in the Premier League when his free-kick was headed in by Glenn Murray and set the Seagulls on their way to a first away win in the competition, at West Ham United.

It was the fourth assist for the German bought from Ingolstadt in the summer and adds to his two goals, both scored in Brighton's first win in the Premier League, against West Bromwich Albion.

The importance of Gross to Brighton's attacking output was shown by the fact that their subsequent two goals at London Stadium on Friday night, by Jose Izquierdo and Murray's penalty, were the first they had scored in the Premier League that did not not involve the playmaker.

Indeed, no player for a promoted side has beaten Gross's four assists so early into a season.

It suggests that Gross will be the Brighton player of whom Southampton will need to be most wary when the two south-coast sides meet on Saturday.