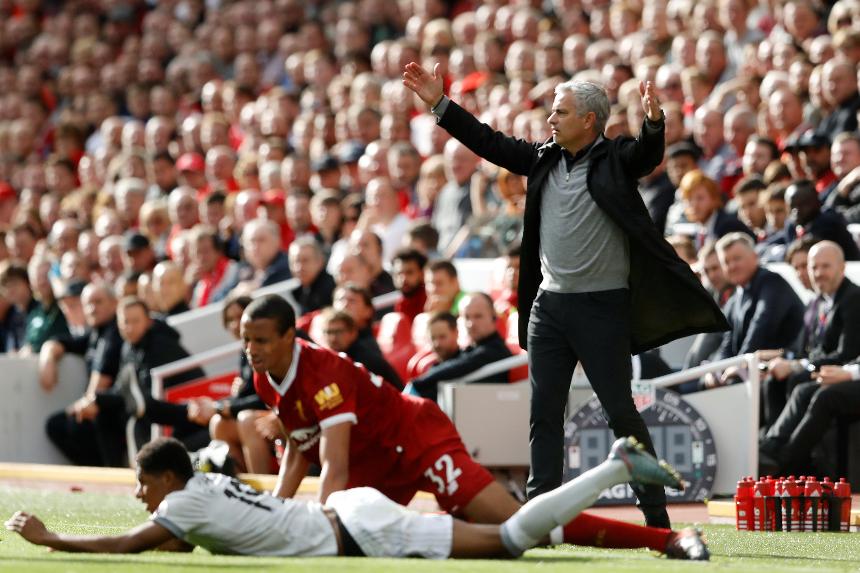 Find out how Jose Mourinho helped one FPL player score 43 points from defence, en route to a Gameweek-high total of 113

A successful Gameweek in Fantasy Premier League can rely on just one or two results.

That was the case for Abdo Tarek, who pinned his hopes on a goalless draw at Anfield.

Six of his seven defensive players, including his two goalkeepers, were part of the Manchester United and Liverpool line-ups that played out Saturday’s 0-0 draw.

They combined to contribute 43 points to Abdo’s total of 113, with Kieran Trippier (£5.5m) returning another eight points from Tottenham Hotspur’s clean sheet against AFC Bournemouth.

It was Manchester City who supplied the spark in Abdo’s attack, as he banked on a big home win over Stoke City.

That faith was repaid in the 7-2 victory over the Potters, with that trio amassing another 43 points.

But despite Abdo’s foresight and predictive powers, he went into Monday night's final match reliant on Jamie Vardy (£8.6m).

The Leicester City striker’s two points against West Bromwich Albion were a small contribution but enough to give Abdo the top Gameweek score by just a single point.

Abdo claims a copy of FIFA 18, a Nike Ordem V match ball and an FPL mug, all bagged up in an FPL rucksack as his Manager of the Week prize.