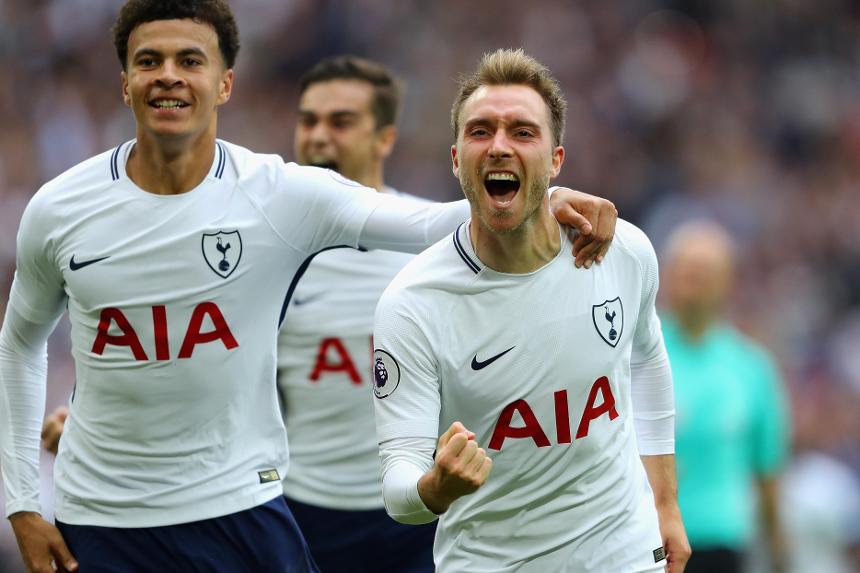 The Scout on how the BPS rewards Spurs playmaker as well as De Bruyne, David Silva and Mkhitaryan

Christian Eriksen (£9.7m) is now top of the Fantasy Premier League standings after claiming another maximum three bonus points in Gameweek 8, taking him to 10 for the season.

The Dane fired his third goal of the campaign against AFC Bournemouth to score 36 in the Bonus Points System (BPS).

While his second-half strike contributed more than half of that tally, Eriksen’s creativity was again a factor.

He gained seven points in the BPS for three key passes and a successful open-play cross.

Those are metrics that also helped Kevin De Bruyne (£10.0m) edge into the bonus points for Manchester City.

The Belgian’s two assists were both key passes and were also classified as big chances, or a chance where the receiving player should score.

This meant De Bruyne's assists earned him 13 points apiece in the BPS, contributing to his total of 39.

Silva has also benefited in this way this season.

He has supplied six big chances to De Bruyne’s five, with the City pair also ranking as the top two players for key passes.

He sits fourth for BPS among midfielders, with the Manchester trio, along with Eriksen, all fitting the profile for players who can excel for bonus points.

They combine key passes and big chances created, while also avoiding being penalised for excessive shots off target and for being tackled.