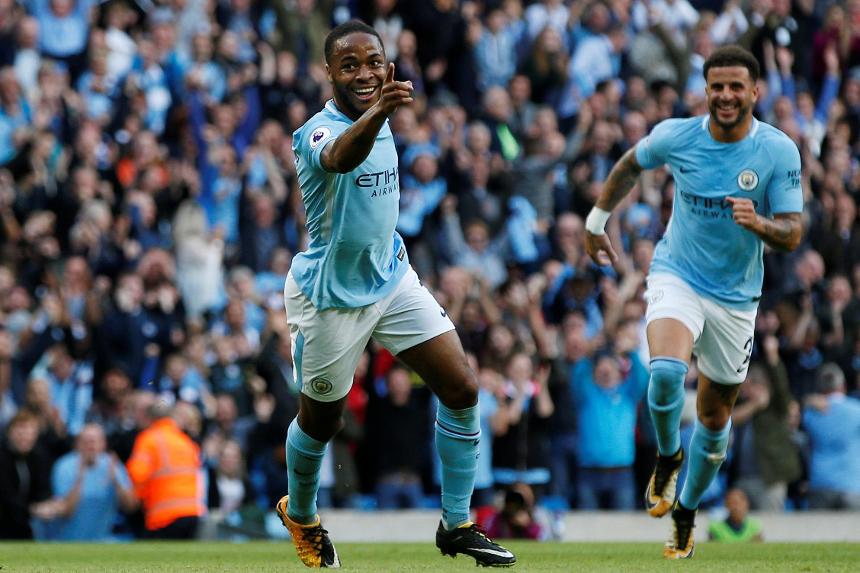 The Scout reviews the action from Gameweek 8, as Man City's rampant attack triggers a transfer frenzy

Fantasy Premier League managers have been given little option but to move for Manchester City's attackers after their display on Saturday.

The 7-2 victory over Stoke City took their tally 29 goals from eight matches, with eight of their midfielders and forwards scoring five FPL points or more.

Six of the top eight transfer targets are from Man City, with midfielder Raheem Sterling (£8.1m) leading the way with 111,000+ new owners.

Sterling has scored six goals from his last six Gameweek starts, having only five in his previous 31 Premier League appearances.

Gabriel Jesus (£10.7m) is the most popular forward after his brace and 13-point return, with over 90,000 managers swooping for the Brazilian.

One word of warning is that with Sergio Aguero (£11.5m) fit for a return to the bench, head coach Pep Guardiola may look to rotate his two strikers.

Jesus and Aguero have been paired in four of eight Gameweeks.

But the form of Sterling and Leroy Sane (£8.4m), who has four goals and three assists from his last five appearances, hands Guardiola a variety of options.

Guardiola's teamsheet for the UEFA Champions League tie with Napoli on Tuesday will offer us clues ahead of Burnley's visit in Gameweek 9.