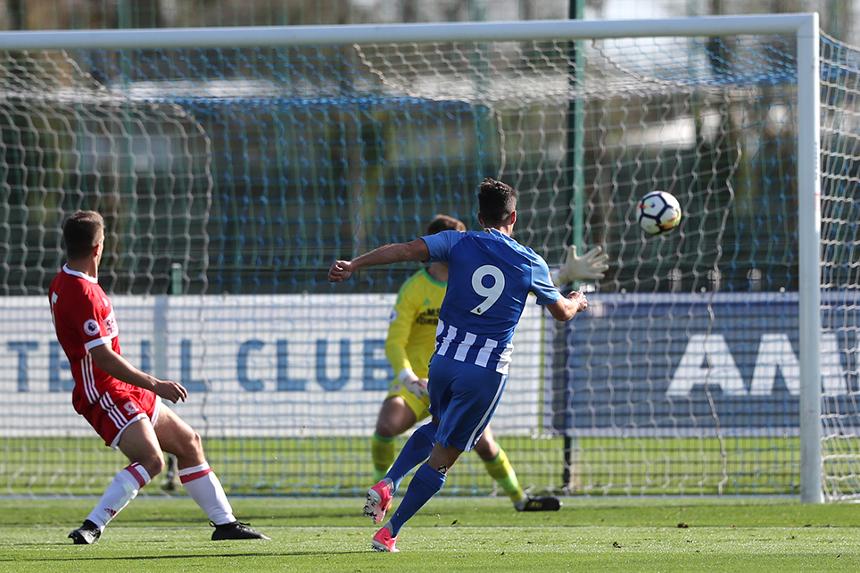 Sam Baldock scored a superb goal as Brighton & Hove Albion earned a point in a 2-2 draw with Middlesbrough in their Premier League 2 match.

The hosts took the lead at the Amex Elite Football Performance Centre after 24 minutes when Baldock finished high into the net.

Boro continued to apply pressure and it was 1-1 on 60 minutes after Lewis Wing took advantage of the windy conditions to score direct from a corner.

Brighton were back in front just 10 minutes later as George Cox scored from the penaly spot after Jiri Skalak was brought down.

It was 2-2 in stoppage time thanks to another penalty, this time George Miller scoring his ninth goal of the season to rescue a point.

Brighton's next PL2 match is away to Southampton on Monday 30 October while Middlesbrough host Wolves the day before.