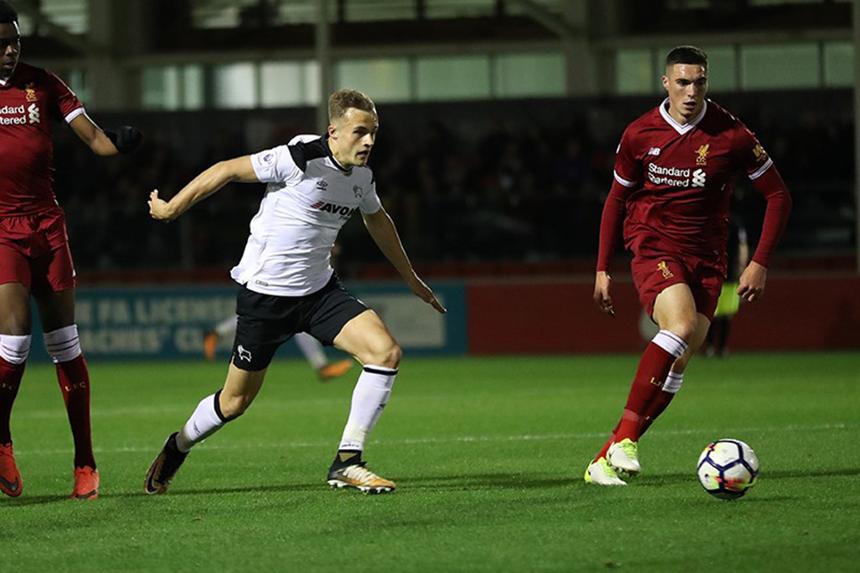 Rams win 2-0 to end run of six victories for the Reds, for whom Danny Ings and Jon Flanagan played

Liverpool dropped points in Premier League 2 Division 1 for the first time this season as Derby County beat them 2-0 at St George's Park.

The league leaders, who had won their first six matches, fell behind in the 51st minute when Charles Vernam rounded Reds goalkeeper Caoimhin Kelleher after being played in by Lewis Walker on the counter-attack.

Walker also set up the Rams' second goal, this time teeing up Alex Babos, to score.

There was some good news for Liverpool, though, with striker Danny Ings playing the full 90 minutes and Jon Flanagan appearing for an hour as both continued their comeback from long injury lay-offs.

Liverpool still top the table by two points from defending champions Everton, while Derby climb up to sixth place.

Derby's next match is at Manchester City on Saturday 21 October, while Liverpool next take on Manchester United at Leigh Sports Village on Monday 23 October.

First start back for #DCFCU23s since his injury and back amongst the goals! pic.twitter.com/PX3LY1mNn0