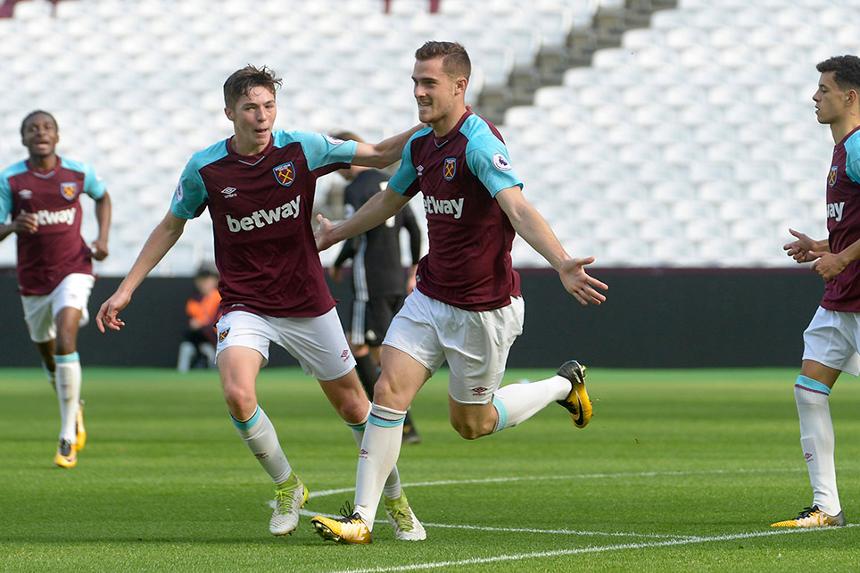 Westley on win over Manchester United: It was a great day External Link

Toni Martinez scored a hat-trick as West Ham United moved up to third in Premier League 2 Division 1 with a 4-2 victory against Manchester United.

Demi Mitchell had given Man Utd the lead after two minutes at London Stadium, but Martinez levelled with a close-range finish.

Mitchell was quickest on the rebound after Nathan Trott's save to restore the visitors' advantage, but Martinez met Nathan Holland's cross to make it 2-2 at half time.

Martinez completed his hat-trick with another header before Joe Powell scored their fourth after fine work from Edimilson Fernandes.

West Ham leap above Arsenal into third spot ahead of their next PL2 match, at Chelsea on Sunday 22 October, while Man Utd are bottom of Division 1 and host Liverpool the following day.