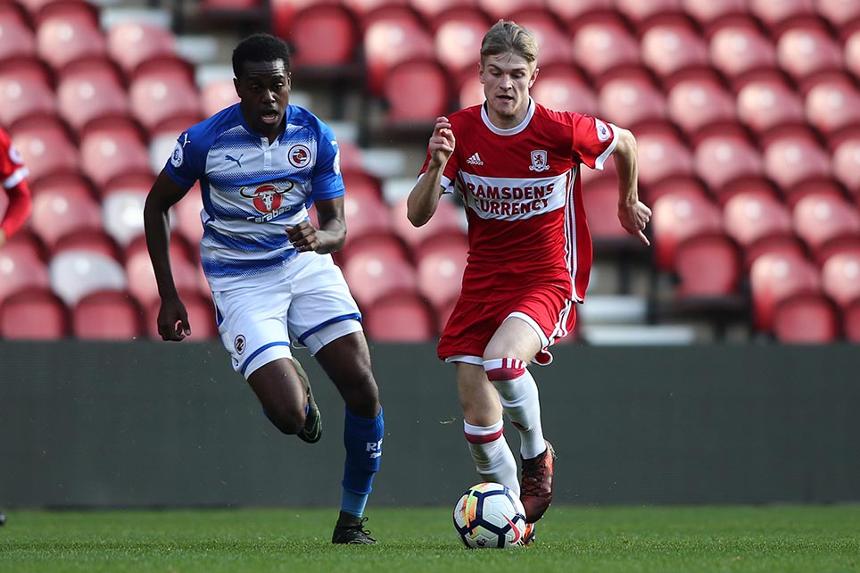 Royals move to within five points of Division 2 leaders Boro, who were beaten 4-3 to end six-match winning start

Reading ended Middlesbrough's perfect start to the Premier League 2 Division 2 season with a 4-3 victory at the Riverside Stadium.

Ben House netted twice to put the Royals 2-0 up after 28 minutes, before Josh Barrett made it 3-0 and seemingly out of the hosts' reach.

But George Miller and Marcus Tavernier pulled it back to 3-2 with 17 minutes left.

Ryan East struck the decisive fourth for Reading, before Lewis Wing set up a tense finale with Boro's third and Tavernier was sent off for a challenge on House in stoppage time.

Reading moved up to third place with the win, five points behind league leaders Boro.