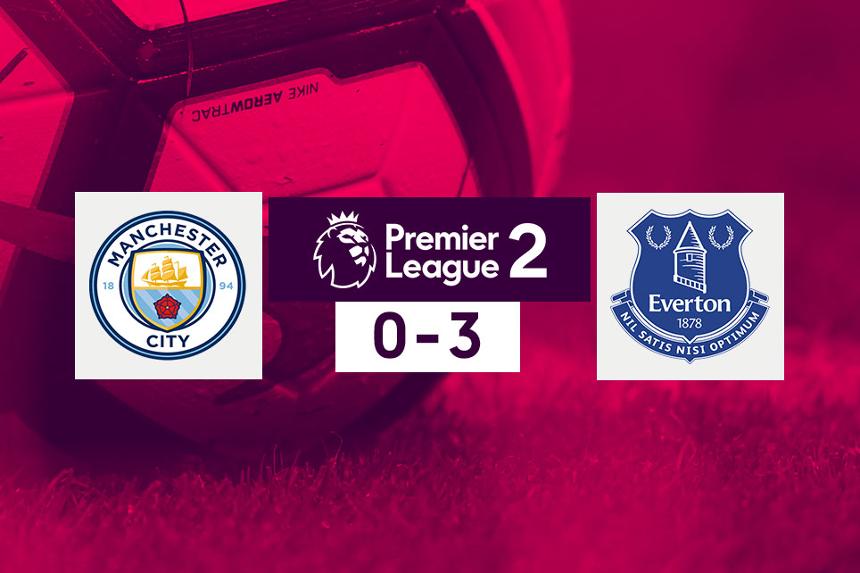 Luke Garbutt scored a spectacular free-kick as Everton secured their fifth successive Premier League 2 Division 1 win with a 3-0 win over Manchester City at the Academy Stadium.

Bassala Sambou gave the visitors the lead after 34 minutes when he reacted quickest to David Henen's parried shot to tap in.

Four minutes later it was 2-0, when Garbutt fired past goalkeeper Daniel Grimshaw from 30 yards out.

Grimshaw was taken off injured before the break and on 55 minutes Henen added a third when he rounded substitute Pawel Sokol.

Second-placed Everton, who are two points behind Liverpool, take on Sunderland at Finch Farm on Friday 20 October, with Man City at home to Derby County the next day.

🔥 | This was the moment @luke_garbutt smashed in the second goal for #EFCU23 against @ManCity! Great strike 👌🏻 pic.twitter.com/C5eh7m8Wjh