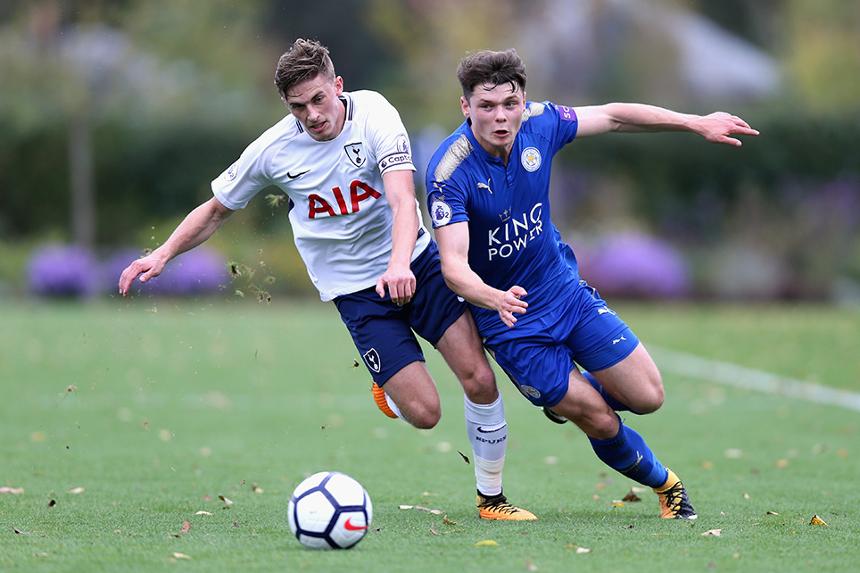 Tottenham Hotspur denied Leicester City a chance to move up to third place in Premier League Division 1 as they fought back to earn a 1-1 draw at Hotspur Way.

Leicester took the lead when Sam Hughes headed in from Connor Wood’s left-wing cross on 35 minutes.

But Samuel Shashoua then followed up after his initial effort was saved to tap in the equaliser from close range soon after the hour mark.

The result leaves Leicester in fourth position, a point behind third-placed Arsenal having played one match more, while Spurs are up to ninth.

Spurs’ next PL2 match is at home to north London rivals Arsenal on Monday 23 October. Leicester entertain Swansea City on the same day.