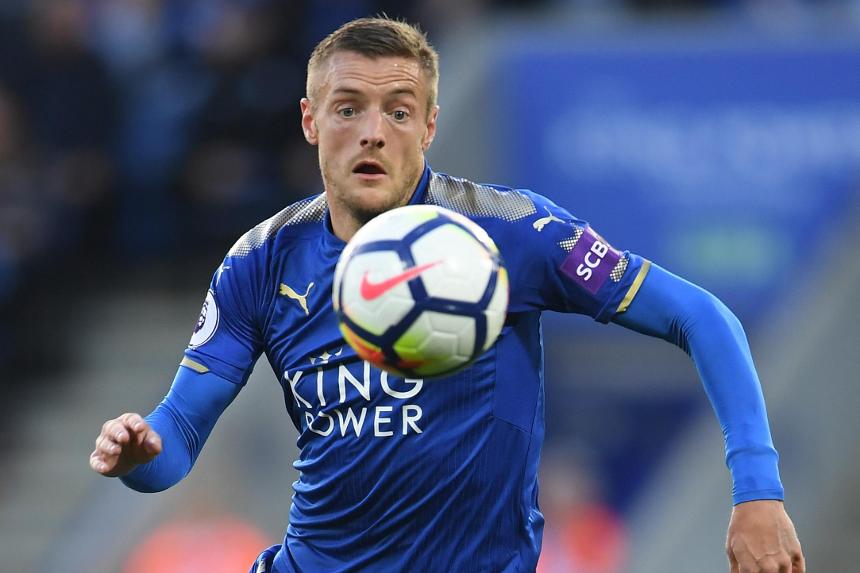 Jamie Vardy's (£8.5m) new army of Fantasy Premier League owners will hope that he is fit for Leicester City's trip to AFC Bournemouth.

The five-goal striker has a minor hip complaint, although manager Craig Shakespeare confirmed Vardy returned to training on Thursday.

Vardy has acquired more than 122,000 new owners and could face a Cherries side who have conceded the most shots inside the penalty area (62).

The defensive duo of Phil Jones (£5.2m) and Antonio Valencia (£6.6m) will be assessed for Manchester United's home encounter against Crystal Palace.

A possible absence for either would be a blow for FPL owners as United seek a sixth clean sheet in seven Gameweeks.

Jones is the second most-bought defender (116,000+) for the Gameweek, while Valencia tops the defensive rankings on 41 points.

Palace have a number of absentees, with lone striker Christian Benteke (£7.7m) out for six weeks and Wilfried Zaha (£6.7m) still on the sidelines.

Ruben Loftus-Cheek (£4.5m), the most popular budget midfielder in FPL with 7.1% ownership, is also unavailable with a thigh problem.

Jesus to benefit from Aguero blow

Gabriel Jesus (£10.4m) is set to return to the Manchester City starting line-up for the trip to Chelsea, after Sergio Aguero (£11.7m) was ruled out with a rib injury.

On the bench for last weekend’s win over Crystal Palace, the forward had been sold by more than 173,000 managers.

Jesus has scored in each of his last two away appearances and faces a Chelsea defence without the suspended David Luiz (£5.9m).

City also have problems in defence, with left-back Benjamin Mendy (£6.5m) sidelined for an extended period with knee ligament damage.

Kieran Trippier (£5.4m) is set to play at right-back or right wing-back at the John Smith’s Stadium as Serge Aurier (£6.0m) is suspended.

Bilic started each of the last three Gameweeks with a 3-4-3 formation, but could switch to a 4-2-3-1 to field Lanzini in an advanced central position.

This could leave Chicharito (£7.0m) and Andy Carroll (£5.9m) battling for the lone-striker role.