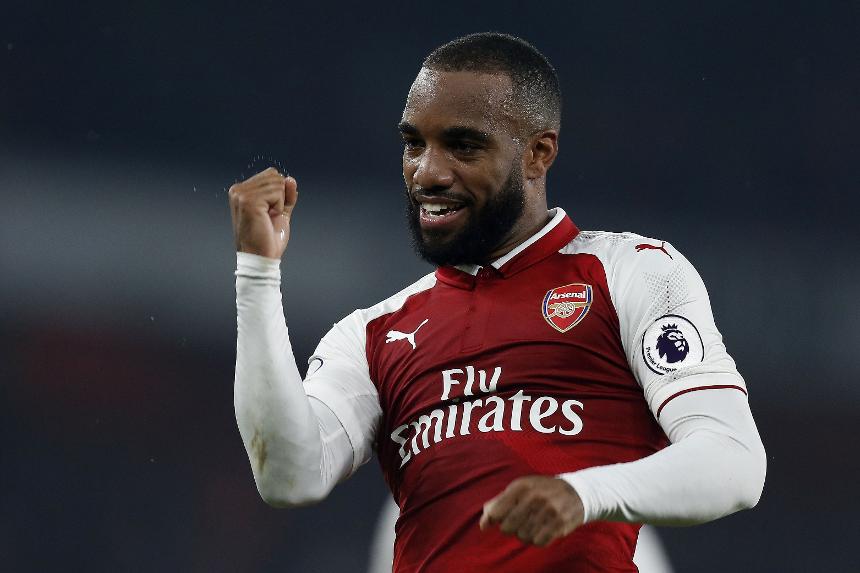 The Frenchman has been signed by more than 138,000 managers ahead of his meeting with Brighton & Hove Albion at Emirates Stadium.

He joins Harry Kane (£12.5m) and Romelu Lukaku (£11.7m) in our powerful three-man strike force, with all three gaining ownership at pace following the confirmation of Sergio Aguero's (£11.7m) absence for Gameweek 7.

Despite being the game's top-owned (36.5%) and top-scoring (36 points) goalkeeper, De Gea makes his first appearance in this season’s selections.  De Gea is the most secure cover of Jose Mourinho’s defence who have kept five clean sheets in six Gameweeks and will host a Crystal Palace side without a point or a goal.

While the left-back may concede against a dangerous Leicester City attack, Daniels will be a key attacking weapon. The Foxes have conceded more crosses and more chances than any team down the right, a weakness he could exploit.

The Welshman remains the most creative FPL defender on offer, having supplied 14 key passes. Davies visits a Huddersfield Town team who have produced only two big chances since their Gameweek 1 victory at Crystal Palace.

Shifted to a wing-back role in recent Gameweeks, Cresswell has soared to the top of the defender standings for crosses, supplying 58 so far. Set-pieces will be key to his prospects against Swansea City, who have produced the fewest shots in away matches (15).

The West Bromwich Albion defender is another who will be stretched by his Gameweek opponent, as Watford have won all their away trips. But Tony Pulis’s defence have conceded the fewest big chances at home this season (one) and Dawson remains a big threat at set-plays.

A mainstay in our weekly selection, Salah has fired more shots (23) and shots on target (14) than any FPL midfielder. He appears a likely starter in a Liverpool side boosted by the return of Sadio Mane (£9.4m) on the opposite flank for the trip to Newcastle United.

Whether deployed on the left or as a central attacker, Choupo-Moting will be Stoke City's major goal threat for the visit of Southampton. Only Salah has fired more shots in the opposition penalty area among FPL midfielders.

With a goal and two assists, Ramsey has produced points returns in each of Arsenal's three home matches ahead of Sunday’s visit by Brighton. No player has fired more shots for Arsenal than Ramsey (13), who, in the absence of the injured Mesut Ozil, was used in a more attacking role in the victory over West Brom.

The striker is another who has produced points in every match at Emirates Stadium this season. Indeed, Lacazette is the Premier League’s top scorer for home goals in the first six Gameweeks, with all of his four coming there.

The in-form forward will face Crystal Palace at Old Trafford owned by 58.4% of managers and having scored in all but one of his 10 matches in all competitions for Manchester United. The leading captain pick for all six Gameweeks, he was among the contenders for our armband.

But the Tottenham Hotspur striker earns the captaincy, having scored 11 goals in his last five away trips ahead of a trip to Huddersfield Town. A hat-trick in the UEFA Champions League in midweek maintained his stunning form and helped Kane attract 210,000+ new owners ahead of Saturday's 11.30 BST deadline.