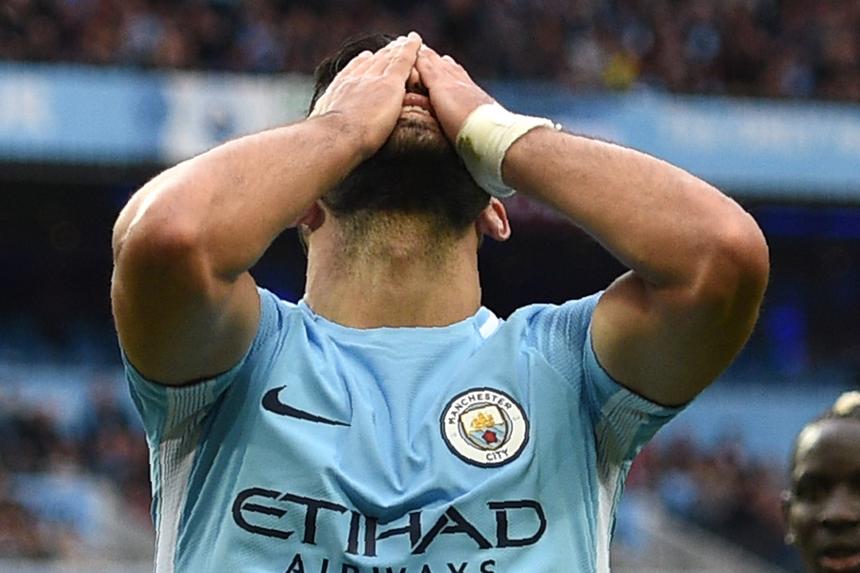 The Manchester City striker will miss the Gameweek 7 encounter with Chelsea and could be out for several weeks after sustaining a suspected broken rib in the accident.

Having enjoyed a huge recent spike in his ownership Aguero has now been sold by more than 360,000 managers by Friday 2pm BST.

Kane is currently the favoured solution for managers selling Aguero, although Lukaku is close behind.

The Tottenham Hotspur striker has attracted 23.7% of the Aguero sales, with his Manchester United rival part of 23.4% of the trades.

Ironically, Kane had been the most popular player sacrificed for Aguero in Gameweek 6, with over 141,000 managers selling him for the Argentinian.

With Alvaro Morata (£10.3m) and Gabriel Jesus (£10.4m) going head to head in Gameweek 7, interest in that pair has been relatively slow.

Morata on the rise

Morata has been the top transfer target this week, claiming more than 340,000 new owners.

But the Spaniard trails both Kane and Lukaku as a replacement for Aguero, with some 21% having turned to the Chelsea striker.

Meanwhile, just 7.7% of those selling Aguero have acquired Jesus, who is set to lead the line at Stamford Bridge.

Jesus, like Morata, allows managers to free up funds for investment elsewhere.

Arsenal's Alexandre Lacazette (£10.3m) has proven a more popular target than Jesus, receiving 14.3% of Aguero's former owners ahead of his match against Brighton & Hove Albion.

Lacazette has scored in each of his home matches, recording four goals and 25 points.

While FPL managers will be focused on a like-for-like replacement for Aguero, his absence also boosts Raheem Sterling (£7.9m) as a midfield option.

Sterling came off the bench in Man City's UEFA Champions League tie on Tuesday and looks set to figure at Chelsea.

That would be his fourth successive Premier League start when available for selection and Aguero's absence would likely improve his prospects.

Sterling has five goals this season, more than any other FPL midfielder.