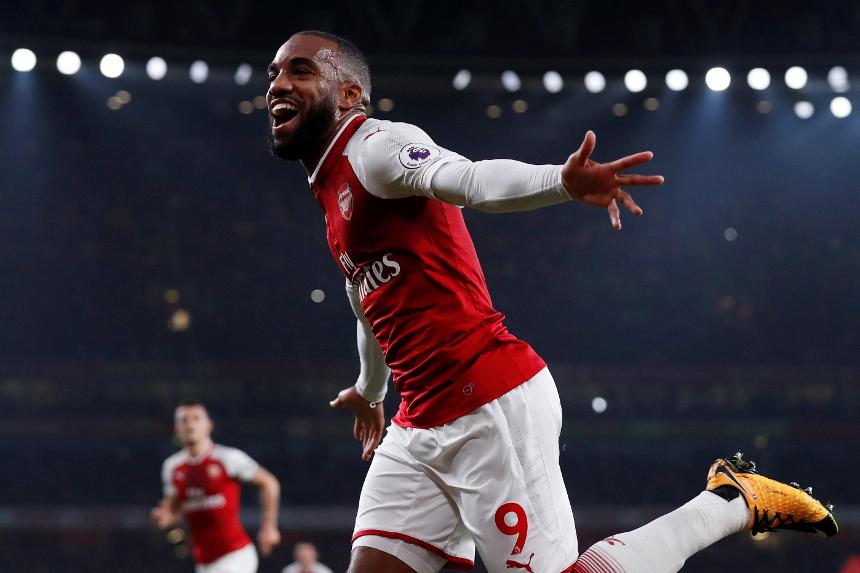 Fantasy Premier League managers are blessed with a cast of in-form strikers following Gameweek 6, with Alexandre Lacazette (£10.3m) the most recent addition.

There were 18 goals scored by forwards, the highest total in any Gameweek this season.

And Lacazette's brace in Arsenal's victory over West Bromwich Albion ensures he keeps stride with his free-scoring rivals to be rewarded with a Dream Team debut.

Five stops in a win over Newcastle United gave the Australian his second save point of the season, along with his first two bonus points.

The centre-back produced another dominant performance in a goalless stalemate with Burnley. Schindler has won more tackles (22) than any other defender this term, helping him to six bonus points.

Jones earned a single Dream Team appearance last season but he matches that tally already in Gameweek 6 following nine points in the win at Southampton. More than 86,000 managers have brought him in ahead of a visit from Crystal Palace, making him the most in-demand defender.

The playmaker continued his exceptional form by ranking top for Creativity in the ICT Index, having supplied six chances in the 5-0 win over Crystal Palace. Silva has scored or assisted 31.4% of Manchester City's goals this season, compared with 16.7% in 2016/17.

Sane went without a Dream Team call-up in his debut season but he already makes a second appearance this term following 16 points against the Eagles. Sane produced a goal and two assists. He also top-scored in the ICT Index (25.6) having fired five shots and created five chances.

Two goals against Palace took Sterling to five goals for 2017/18, top for FPL midfielders. He is owned by only 4.1%, despite firing 17 shots at a rate of one every 17.5 minutes - bettering even Aguero (20.3 minutes) in the Man City ranks.

Surprisingly limited to four Dream Team appearances last term, the Brazilian makes his bow in his second start of this campaign. Coutinho registered five shots on goal and created as many chances in the win at Leicester City, scoring 20.4 in the ICT Index, second overall in the Gameweek to Sane.

The Chelsea striker top-scored for the Gameweek after netting a hat-trick from four shots on goal. He has since been signed by 190,000+ managers ahead of a Gameweek 7 match against Man City, who have conceded the fewest shots (41) this season.

Kane gains a second Dream Team call-up after a second consecutive brace away from home. He had seven shots on goal at West Ham United, a Gameweek high. And having twice hit the post at London Stadium he has now been denied by the woodwork more than any other player (five).

A first double-figure haul earns the striker a Dream Team debut. Each of Lacazette's four goals have come in home matches ahead of a visit from Brighton & Hove Albion in Gameweek 7.