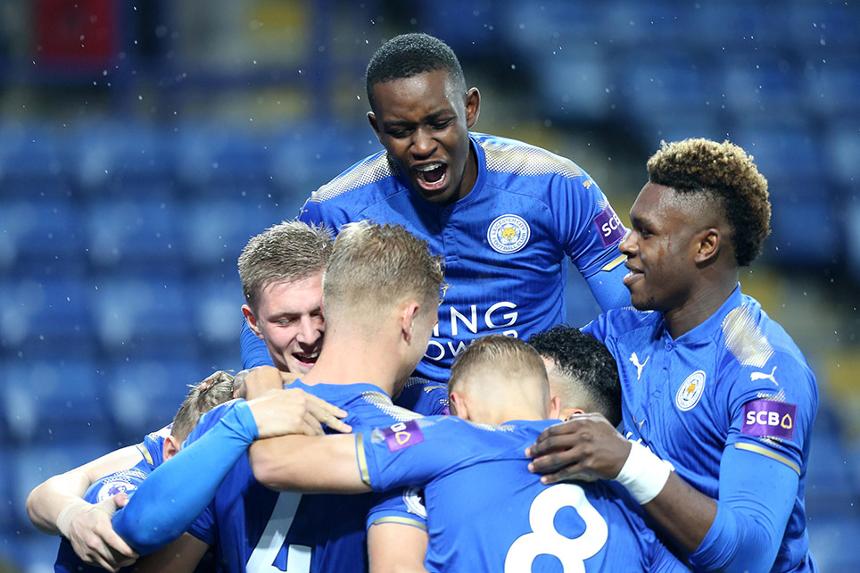 Hughes, Johnson and Muskwe score in 3-0 victory over Hertha Berlin at the King Power Stadium

Leicester City kicked off their Premier League International Cup campaign with a 3-0 victory over Hertha Berlin in their Group B opener at the King Power Stadium.

The Foxes were 2-0 up at the break after central defenders Sam Hughes and Darnell Johnson both scored with headers from George Thomas corners.

Admiral Muskwe made the match safe a minute into the second half as his shot, after Hughes had flicked on the ball, was too powerful for Hertha goalkeeper Luis Zwick to keep out.

The other teams in the group are Sunderland, who entertain Hertha on 10 October, and Legia Warsaw.

On the same night, Leicester play Barnsley at Oakwell in the Premier League Cup.

⚽️🔥Watch all the goals from #lcfcu23s' brilliant 3-0 victory over Hertha Berlin at King Power Stadium on Wednesday evening... pic.twitter.com/RivB4YgifO