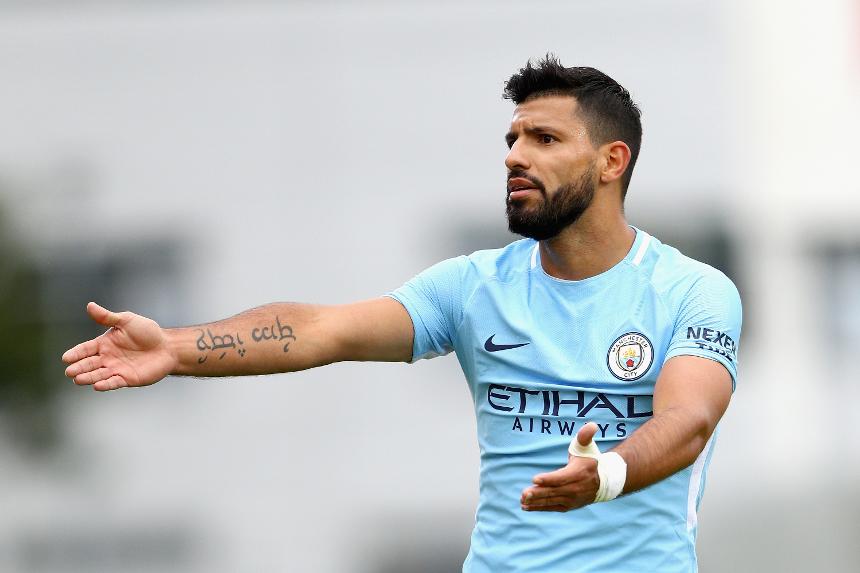 Mamadou Sakho (£4.9m) will bid to spoil the Gameweek for Sergio Aguero and his growing army of Fantasy Premier League managers.

The centre-back is set to start Crystal Palace's match at Manchester City.

Sakho featured in the midweek Carabao Cup win over Huddersfield Town, helping them earn a first clean sheet of the season.

Four of Palace's seven shutouts were registered in the eight league matches that Sakho started in 2016/17.

But he faces a tough task attempting to shackle Aguero.

Rested for the midweek cup win over West Bromwich Albion, the Argentinian has earned 626,000+ new owners after producing 20 points in Gameweek 5.

Another in-form forward, Jamie Vardy (£8.5m), will be assessed ahead of Leicester City's home encounter with Liverpool.

The striker has returned to training after limping off against Huddersfield with a groin problem last weekend.

Vardy has scored twice in each of his last two home appearances against the Reds and, if fit, could profit against their injury-hit defence.

Hazard played 90 minutes in the Carabao Cup, supplying two assists in a 5-1 win over Nottingham Forest.

The Potters have conceded two goals in each of their last three matches across all competitions and are troubled by an array of defensive absentees.

Ryan Shawcross (£4.9m) and Geoff Cameron (£4.5m) are both injured, while Kevin Wimmer (£4.4m) is a major doubt with a hamstring problem. Meanwhile, Kurt Zouma (£5.5m) cannot play against his parent club.

With Danny Welbeck (£7.5m) ruled out until after the international break and Mesut Ozil (£9.4m) still doubtful, the Chilean could finally be set for his first Gameweek start at home to West Bromwich Albion.

Wilfried Bony (£6.0m) is also in contention for his first Premier League start since returning to Swansea City.

Paul Clement has operated with a two-man front line this season, and Bony is now set to vie with Tammy Abraham (£5.5m) and Jordan Ayew (£5.0m) for a berth at home to Watford.

The Ivorian is another who will face a weakened defence.