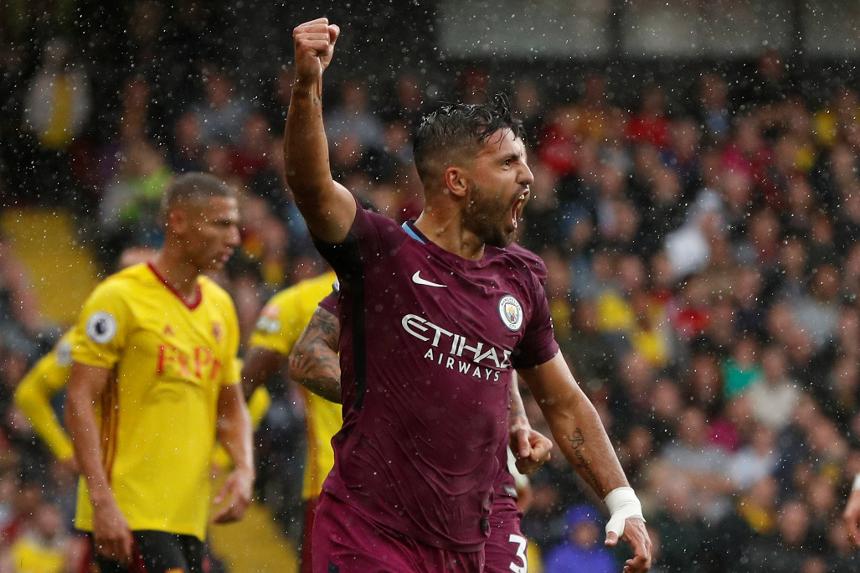 Sergio Aguero (£11.6m) has surged in ownership ahead of Gameweek 6 and is set to challenge for the Fantasy Premier League captaincy.

The Argentinian has been among the top five captains in four of the first five Gameweeks, but has never been backed by more than 265,000 managers.

That is set to change in Gameweek 6, having picked up more than 514,000 new owners after his 20-point haul at Watford.

Aguero has produced four goals and two assists in his last two outings but, of his last 25 goals, just six have come at home.

Aguero’s strike partner, Gabriel Jesus (£10.5m), could be the one to profit from Crystal Palace's visit on Saturday.

The Brazilian has returned a goal or assist in five of his six home league starts for Pep Guardiola’s side.

The City pair will be the major challengers to Romelu Lukaku (£11.7m) in the battle for captaincy.

The Manchester United forward travels to Southampton as FPL's most popular player, with 55% ownership.

He is averaging a goal a match and faces a Saints defence that has conceded twice in their last two home matches.

Kane back down again

The Tottenham Hotspur striker gained over 207,000 in ownership ahead of Gameweek 5, but his failure to score against Swansea City has led to more than 120,000 managers shifting Kane out to acquire Aguero.

Spurs travel to West Ham United in Saturday’s early kick-off, with Kane seeking to improve on a run of just one set of points returns from five Gameweeks.

Jamie Vardy (£8.5m) and Mohamed Salah (£9.2m) will bid to maintain excellent early-season form as they meet at the King Power Stadium.

The Leicester City striker has four goals this season and will hope to recover from an ankle injury to repeat his brace at home to Liverpool in each of the last two seasons.

Salah has served up double-figure tallies in three of his four starts for Liverpool.

Alvaro Morata (£10.2m) faces a Stoke City defence who have conceded two goals in their last three matches across all competitions.

The Chelsea forward has played a part in 71% of his side’s goals when on the pitch, returning three goals and a pair of assists.

As a differential captain option Pascal Gross (£5.6m) is one to consider.

The Brighton & Hove Albion playmaker has picked up over 249,000 new owners ahead of Newcastle United’s visit to the Amex Stadium after playing a part in all four of his side’s goals this season, returning 25 FPL points across the last two Gameweeks.