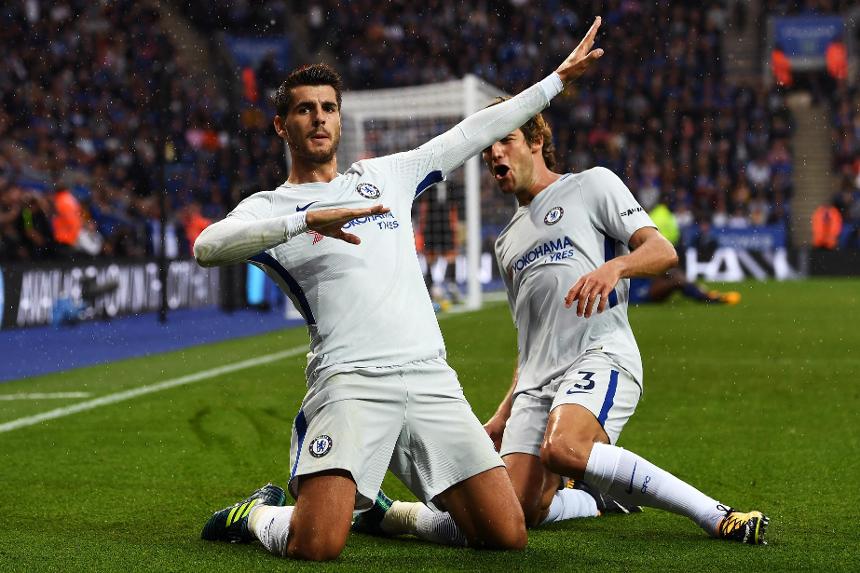 See The Scout's best XI for Gameweek 6, led by a Chelsea forward set to face a depleted defence

But there is room for both in The Scout’s weekly XI, with the Chelsea striker set to face a makeshift Stoke City defence.

The Swansea City stopper faces Watford sitting on top of the goalkeeper standings and with six clean sheets in his last nine Premier League appearances. His outstanding form has also produced 24 saves, more than any other FPL goalkeeper.

The centre-back is a steadying influence in a Manchester United side who have kept four clean sheets in five Gameweeks. Jones remains an FPL bargain and visits a Southampton side who have failed to score in eight of their last 10 home matches.

The left-wing back will bid to add to his two assists this season. The Arsenal defence host West Bromwich Albion on the back of three clean sheets in their last four matches in all competitions.

The full-back was rested in the Carabao Cup on Wednesday so should return to face a Crystal Palace side who are yet to score this season. Mendy was impressive at Watford in Gameweek 5, attempting more crosses (nine) than any other team-mate, creating three chances.

No defender has made more clearances, blocks and interceptions this season, boosting the centre-back’s chances of bonus points should Burnley keep out Huddersfield Town. The Terriers are without striker Steve Mounie (£6.0m) and have created only two big chances in their last four matches.

Five goals in eight appearances in all competitions means Salah is Liverpool’s top scorer ahead of their visit to Leicester City. His 13 shots on target have helped him record 298 for Threat in the ICT Index, a tally that only strikers Harry Kane (405 and £12.5m) and Romelu Lukaku (341 and £11.7m) can better.

Only Henrikh Mkhitaryan (£8.5m) can match Silva’s 17 chances created this season. The Spaniard has scored four goals in his last three home meetings with Crystal Palace.

The cut-price winger can be a threat by getting on the end of Matt Ritchie’s (£6.0m) diagonal passes. That combination produced a goal in Gameweek 5 and could punish Brighton & Hove Albion on Sunday. Newcastle United won both meetings with the Seagulls in the Championship last season.

Also rested in midweek, the Argentinian will face Palace fresh from his Gameweek 5 hat-trick and with 13 goals in his last 17 Premier League appearances. Signed by 600,000+ managers since last weekend’s 20 points, Aguero wears our Gameweek armband.

The Belgian has seven goals in as many matches in all competitions for Man Utd and remains difficult to ignore. Part of 55.8% of FPL squads, he will undoubtedly be the most popular captain pick for a sixth successive Gameweek.

A number of absentees in the Stoke City defence boosts Morata’s prospects. The Potters have conceded the most big chances (13), while Morata averages a goal or an assist every 73 minutes this season.