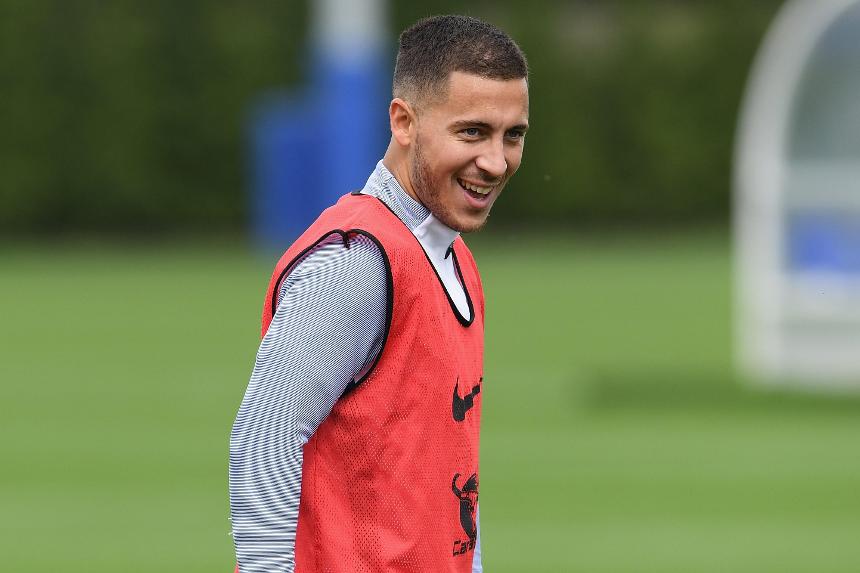 Absent for the first three Gameweeks with an ankle injury, Antonio Conte has confirmed Hazard is in his squad for the trip to Leicester City, after the player appeared twice for Belgium in the past week, scoring against Gibraltar.

Hazard has produced at least 190 FPL points in four of the previous five seasons and is owned by only 1.6% of managers.

The Brazilian or Pedro (£7.9m) appear likely to drop out to accommodate Hazard, if he starts.

There is contrasting news on two of the most popular budget players in FPL.

Ruben Loftus-Cheek (£4.5m) has recovered from a groin injury in time to face Burnley at Turf Moor.

The Crystal Palace midfielder has left 155,000 squads over the last two Gameweeks but is still owned by 8.6% of managers.

Meanwhile, Newcastle United's Chancel Mbemba is sidelined for the trip to Swansea City.

The second most-bought defender ahead of Saturday's 11.30 BST deadline, Mbemba attracted 143,000+ new owners prior to picking up an injury on international duty.

He has been the only £4.0m-priced defender to start a match this season.

Manchester City will be missing the influential Vincent Kompany (£6.0m) for the visit of Liverpool.

Those three are among the seven most-bought players for the Gameweek after they each scored in the 4-0 victory over Arsenal last time out.

Stoke have conceded only two goals this season but will be without their captain Ryan Shawcross (£5.0m) through injury.

This could give their new signing Kevin Wimmer (£4.4m) the chance to stake a claim as one of the cheapest starting defenders on offer for FPL managers.