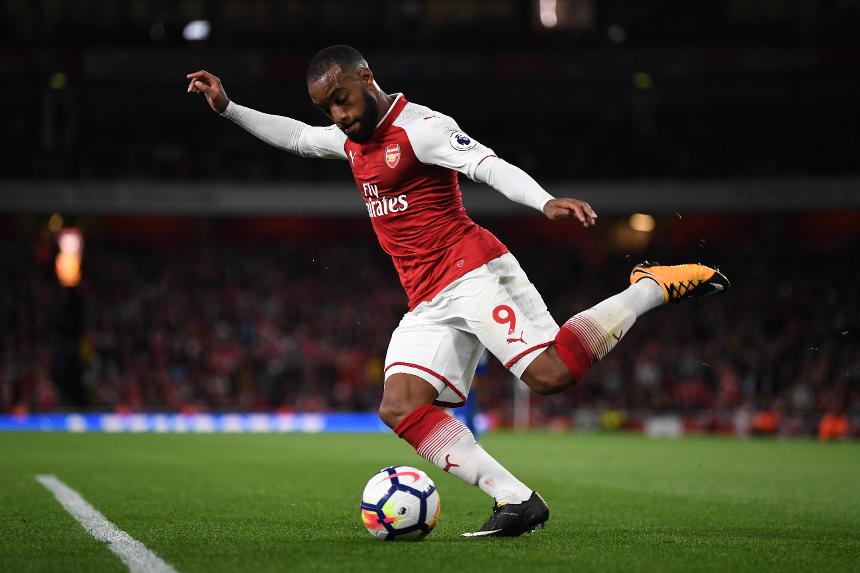 Deliberating your Fantasy transfers? The Scout tips Arsenal’s striker as part of his best XI for Gameweek 4

A return to a 3-4-3 formation results in an attacking line-up for Gameweek 4, as The Scout seeks points from a north London revival.

Last season's top-scoring goalkeeper looks poised to earn his first clean sheet against visiting Crystal Palace. The Eagles are one of only two teams yet to score this season.

Injuries have cleared in the Baggies squad to put Ahmed Hegazi's (£4.9m) starting role under threat. So we switch sights to his team-mate Dawson, who will face a Brighton & Hove Albion attack without a goal and with only a single "big chance" to their name.

The wing-back returns to the King Power Stadium, the venue of his two-goal and 21-point total in 2016/17. Alonso already boasts more shots than any other defender (eight) following a brace in the win over Tottenham Hotspur.

The centre-back has claimed three clean sheets and is another to face an attack struggling for a cutting edge. Stoke City have two goals from their three matches and, like Brighton, have created a single "big chance".

An assist in the draw at Spurs came as reward for an outstanding start to the campaign. Brady tops the Clarets' ranks for both chances created (10) and shots (seven) ahead of Crystal Palace's Turf Moor visit.

Two goals and two assists from two starts underline his impressive reintroduction to the Premier League. No player has had more shots on target (eight), suggesting that Salah will be the major threat to a Manchester City defence without the injured Vincent Kompany (£6.0m).

The Dane produced two goals and two assists over the international break, maintaining form that has already brought three FPL assists. If Spurs are to prosper at Everton, Eriksen will likely be involved.

Antonio topped the West Ham United ranks for shots last season (53), and is already second only to striker Chicharito (five to seven) this term. The winger's power in the air will be the big threat to Huddersfield Town in Monday's match.

A Gameweek 3 strike at Selhurst Park was followed by a goal and assist for England Under-21s over the break. Abraham will take on Newcastle United full of confidence, with the Swans also buoyed by Deadline Day signings Wilfried Bony (£6.0m) and Renato Sanches (£5.0m).

We are backing the striker to return to the Gunners' starting XI to face an AFC Bournemouth side who have slipped to three defeats. The Cherries have conceded more shots in the penalty area than any other side, suggesting that the predatory Frenchman will get plenty of opportunities.

Silenced by the Stoke City defence for Everton last season, Lukaku is backed for a change of fortune in Manchester United colours. The Potters will be without skipper Ryan Shawcross (£5.0m) through injury, with Lukaku's 58.1% ownership likely to be confident of a fourth goal of the campaign.

See: FPL Show: Why to take a risk on Lacazette